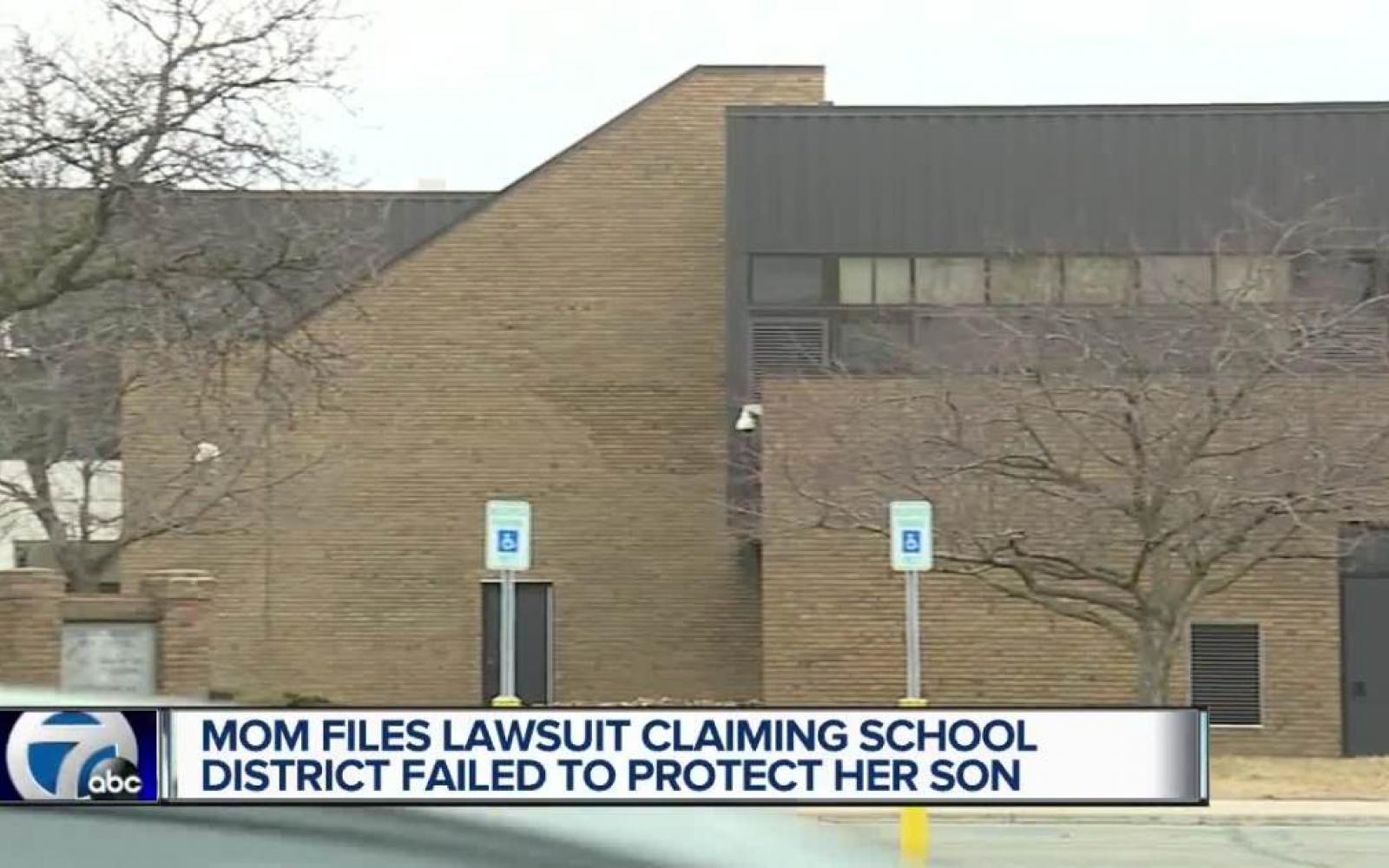 The mother of a Sterling Heights High School student has sued the school district on behalf of her son over allegations it failed to stop her son from frequent bullying and a beating after he revealed he is bi-sexual.

Traci Matuschek filed a federal lawsuit against Warren Consolidated Schools in March for her 15-year-old son, who announced in August he was bisexual and in October left the junior varsity football team mid-season due to incidents that happened after his revelation.

“He was getting gay-bashed in school,” Matuschek said. “He quit something he loved. He played football since he was in the seventh grade.”

The incidents led to her son to attempt suicide last November, she states.

She said school officials were aware of the bullying but failed to take action.

“Throughout the course of the harassment, Matuschek continually informed the administration at Sterling Heights High School about the harassment and the effect that it was having on (her son),” Matuschek’s attorney, Eric Stempien, says in the lawsuit.

A response has not been filed by the district, according to court records.

Matuschek said the bullying started when her son played on the freshman football team in fall 2018. That coach, who has since left the school, was able to put a stop to it, she said.

She said her son “came out” as bi-sexual to his football teammates last August right before his sophomore year because “he thought they were his friends, like family.”

But the revelation backfired and led to increased bullying, particularly by some football players, she said.

He was called a “faggot” and “fag” and asked if he looks at other players' genitalia in the locker room or gets sexually excited while playing, among other remarks.

In October, a player on the team stomped on his head, which was protected with a helmet but still caused a concussion, the lawsuit says. School officials provided no medical attention to the teen and didn’t inform his parents, Matuschek said. He told his parents the night of the beating and was taken to a hospital, where he was diagnosed with a concussion, she said.

The football player who beat her son faced no ramifications, she and Stempien said. A complaint was filed with Sterling Heights police, but no charges were brought.

Matuschek said the bullying and beating ordeal had a greater impact on her son because he is emotionally impaired.

“As a direct result of the severe harassment, (the boy) became socially withdrawn, became frightened of the school environment, suffered academically and fell into deep depression,” the lawsuit says.

It adds the teen’s “emotional distress culminated in an unfortunate and frightening event in November 2019, when (the boy) made a suicide attempt in order to get away from the harassment.”

The teen tried to kill himself by hanging himself in his bedroom, Matuschek said. His parents were able to stop him despite his efforts to keep them away by swinging a baseball bat, she stated.

The ordeal has caused him and his parents to look at attending a different school next fall.

Matuschek said the COVID-19 crisis solved the problem of in-school bullying. But she said some of the students who bullied him reside in their subdivision in Troy, and, “He’s afraid to go to the park or anywhere because he’s constantly looking over his shoulder,” she said.

She said she’s even afraid to go for a walk.

“This has thrown me for a big loop,” she said.

The lawsuit seeks more than $75,000 in damages for emotional distress and "loss of educational opportunities," along with attorney fees.