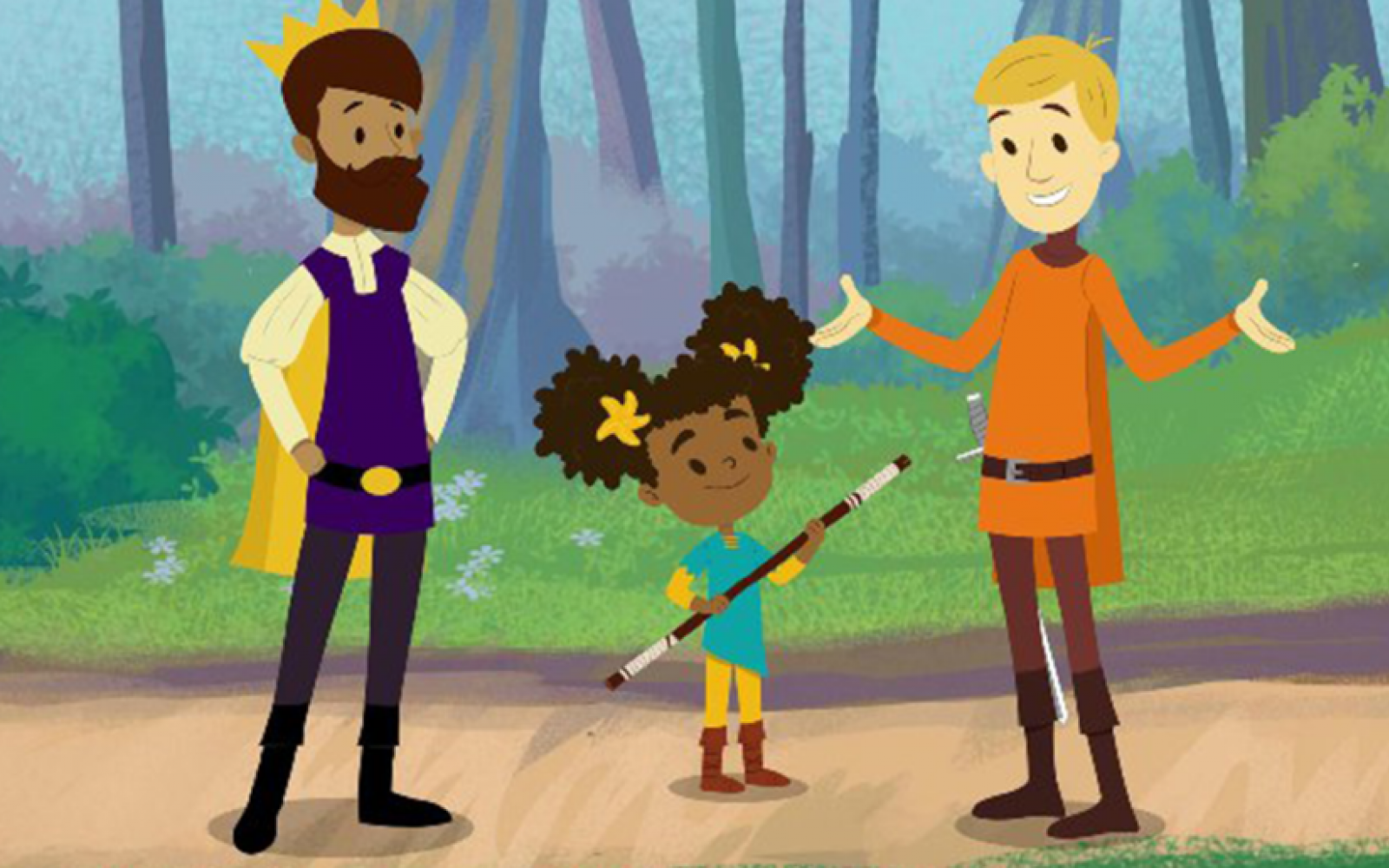 In the aftermath of Arthur‘s same-sex wedding episode with Mr. Ratburn, a moment that shed more light on the lack of LGBTQ visibility in G-rated entertainment, Hulu announced a significant push for more inclusive-storytelling.

This June, the streaming platform will debut the first five episodes of a new kids cartoon called The Bravest Knight, which will be among the first children’s television programs to feature an openly gay main character. Thirteen episodes in total were ordered.

The story follows Nia’s journey to become a brave knight while listening to tales from her dad, Sir Cedric, of how he was once a pumpkin farmer who became a knight.

In the first episode, titled “Cedric & the Troll,” Nia learns “the proper ways to attempt a tower rescue,” while “Sir Cedric recounts the first time he met his troll friend, Grunt, and escaped the clutches of a tricky witch.”

Grammy nominee and activist Justin Tranter wrote and performed the theme song to The Bravest Knight.

According to Hulu, “The Bravest Knight continues Hulu’s commitment to connecting with kids and families through bold approaches in storytelling, and continues to be a supporter of LGBTQ content and creators.”