"Not Straight, Not White" Book Highlights Role of Black Gay Activists in History 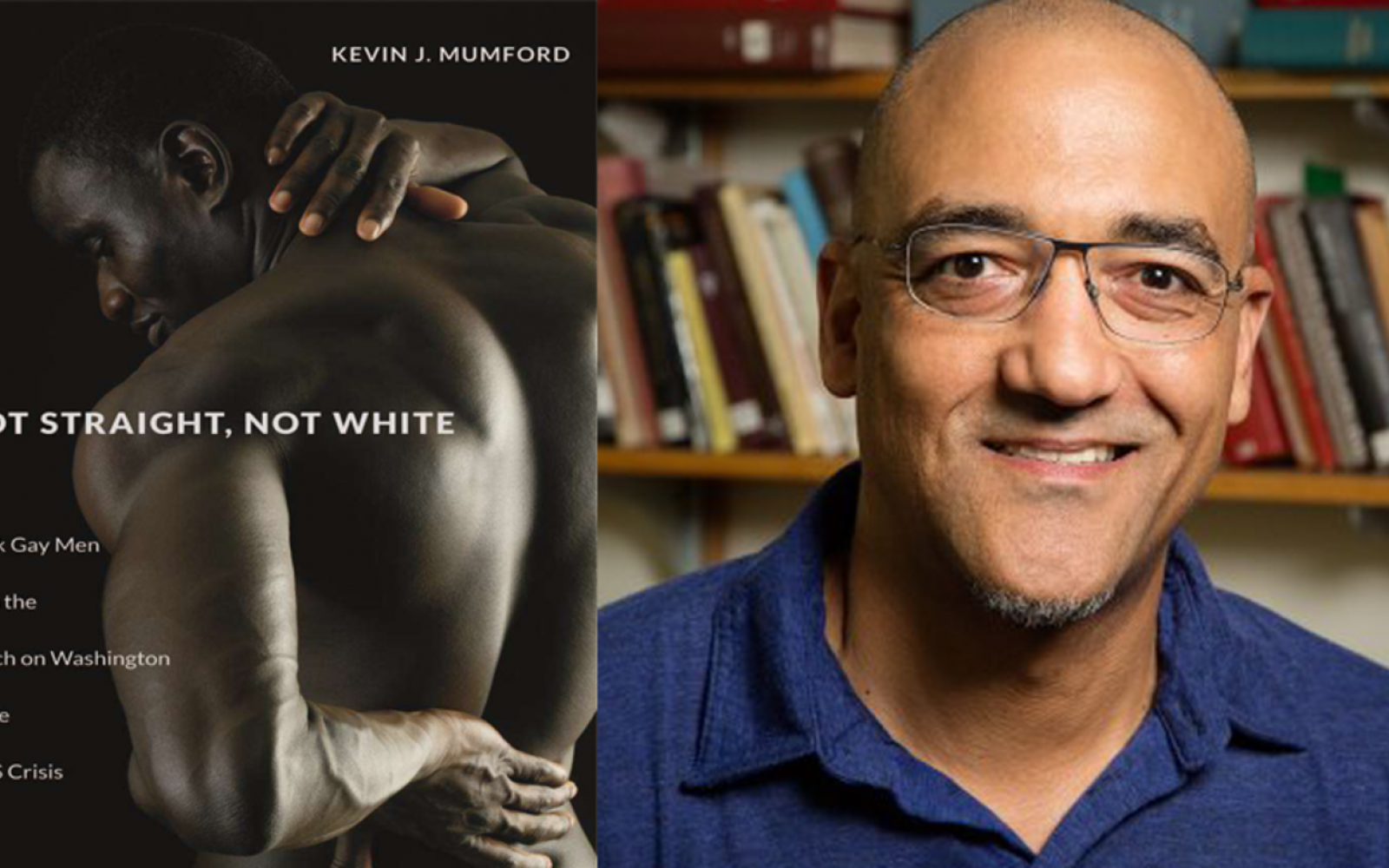 Part of the reason Kevin Mumford wrote his book, "Not Straight, Not White," is because he wanted black gay males to see themselves.

Published by UNC Press, Mumford's book chronicles the contributions of black gay men in American history from the 1950s through the 1990s. While many who read the book will be familiar with names like James Baldwin and Bayard Rustin, Mumford highlights the triumphs as well as the struggles of black gay men often neglected in history.

"I want black gay males to walk into a bookstore and say, 'I did not know we had a history,'" said Mumford. "I hope, through these really admirable individuals, this book will help educate."

Mumford, a history professor at the University of Illinois, began his research with Joseph Beam, an author and gay rights activist.

"Beam was a fellow at Schomburg [Center for Research in Black Culture]. His papers are there," Mumford said. "I thought about doing a bio of him, but somehow as I was reading the testimony of a gay rights ordinance in Philadelphia I started following these leads."

Beam was not very religious, according to Mumford. However, Beam led Mumford to Brother Grant-Michael Fitzgerald, a gay and ordained Catholic minister, and James Tinney, an educator and expert on black Pentecostalism who founded his own church. Religion suddenly became central to the book.

Even though Mumford expected the plights of these five (Baldwin, Rustin, Beam, Fitzgerald and Tinney) to be complicated, he said he was surprised by the level of hurdles they all experienced. Most of the figures never did become or achieve the kind of prominence or success they wanted.

"They have kind of become forgotten," he said. "They collectively desired to be able to express and represent themselves and in many ways lost a lot because of their desires. If not for the AIDS crisis, we would know more about this lost generation of black gay writers and black gay activists."

With that said, Mumford is doing his best to make the rounds and garner enough promotion for his book. The timing could not be better.

"In a time of #BlackLivesMatter, [having the book published and released] is an interesting confluence," he said. "I had not expected or intended on any of this. I just thought the book would grab attention."

His overall hope, and somewhat of a goal, is for the book to be assigned reading in undergraduate courses. He thinks it will be fitting in courses about the history of the civil rights movement, the history of post-war America or the history of social movements.

"All of those histories tend to be written in isolation," he said. "This book is about outliers that really did not fit into one community. It would not have been written 20 years ago, but so much has changed now."