Officer Arrested After Stripping Naked and Dancing In The Club 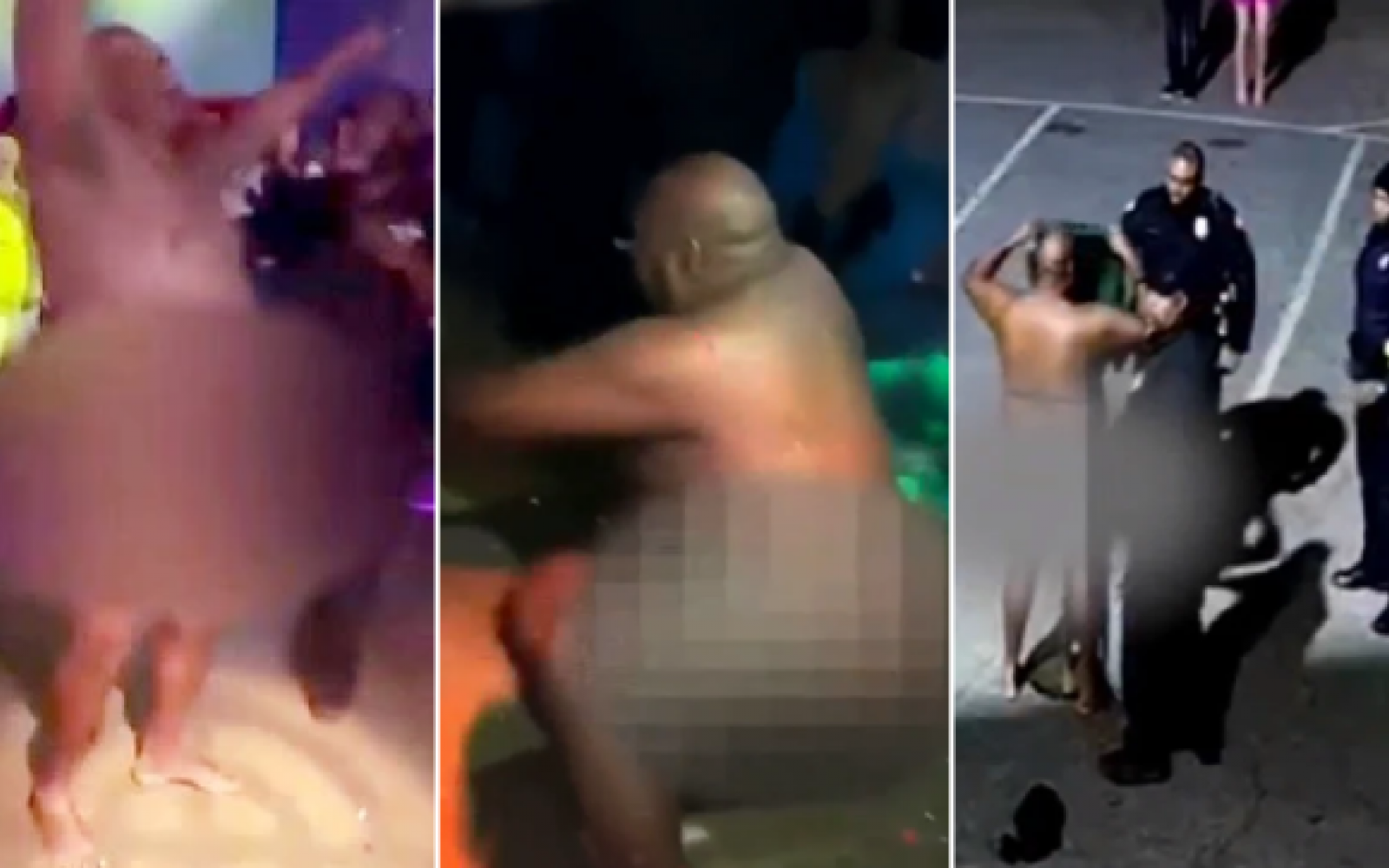 A Conway police officer has been suspended after he was recorded dancing naked at a Little Rock nightclub last month.

Officer Cebron Hackett was suspended without pay for 30 days and ordered to complete remedial training. He was off-duty and appeared to be "highly intoxicated" when he removed all his clothes at Discovery Nightclub on Oct. 13, Chief Jody Spradlin wrote in a letter of suspension.

"Your actions have brought discredit and embarrassment upon the Conway Police Department and could have resulted in your arrest for Public Intoxication," the letter says.

The letter was released under the Arkansas Freedom of Information Act, along with cellphone video from the nightclub. The video shows Hackett completely nude and dancing to "Don't Stop Believin'" by Journey. Surrounded by onlookers, Hackett stumbles into a table and is grabbed by a security guard. Hackett pushes away the guard and stumbles onto the floor. Two security guards eventually escort Hackett, still naked, away from the crowd.

Hackett was kicked out of the club.

Another video shows Hackett outside putting on his clothes. Two Little Rock police officers appear to be speaking with him. Eventually, another police car pulls up with two more officers. A man in plain clothes helps Hackett stand while he gets dressed. Hackett then walks away.

What happened after that is not entirely clear. According to the letter, a Pulaski County sheriff's deputy called Conway police to give Hackett a ride. Someone then drove Hackett near the Conway Police Department, where his personal vehicle was parked. Hackett then drove himself home, the letter says.

Spradlin wrote in the letter that not enough time had passed for Hackett to "safely and legally drive a motor vehicle."

"While your level of intoxication cannot be proved at that moment, it is very reasonable under these set of circumstances to state that you failed to hold yourself to a standard that is acceptable by the public of the police department," Spradlin wrote.

Hackett was not charged with a crime.

Little Rock police said in a statement that officers who were working off-duty as security guards at the club and did not know Hackett was a police officer.

"Officers used discretion at the time not to arrest the subject for a misdemeanor offense, due to his cooperation and an acquaintance said they would be responsible for this subject," the statement says.

The department said it's "looking into" the officers actions now that video of the incident has surfaced.