Officer Who Shot and Killed Woman In Her Home Charged With Murder, Bond Set At $200,000 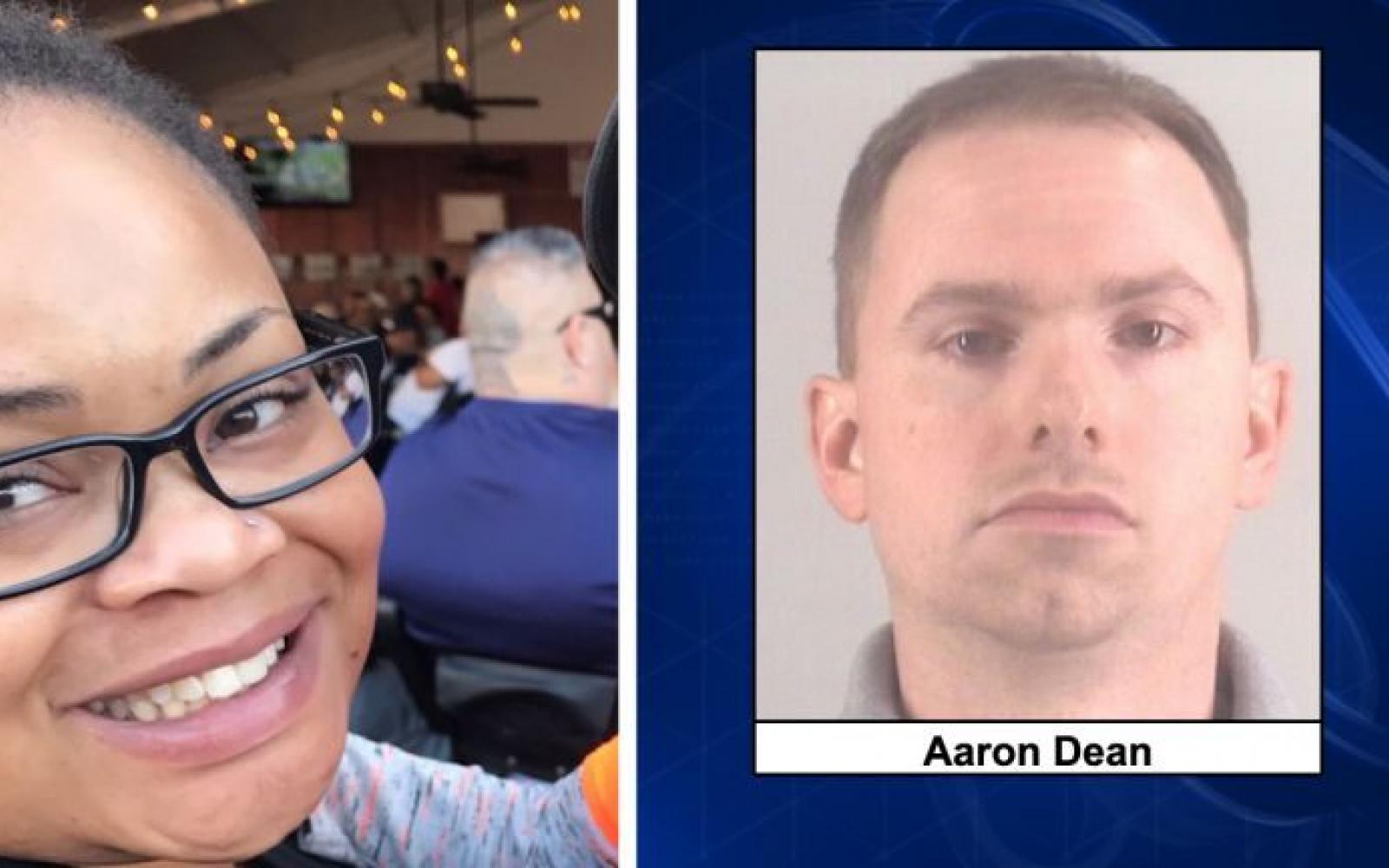 The Fort Worth officer who fatally shot 28-year-old Atatiana Jefferson in her home this weekend was jailed on a murder charge Monday.

Interim Police Chief Ed Kraus said he had intended to fire Dean, who was set to be interviewed Monday morning, but Dean quit first. His record will reflect a dishonorable discharge.

Kraus said Dean resigned before he answered any questions.

Dean, who had been on the force since April 2018, has not been cooperative, the chief said.

“He resigned before his opportunity to be cooperative,” Kraus said.

Fort Worth police spokesman Sgt. Chris Daniels said at a brief news conference Monday night that the department took Dean into custody about 6 p.m. He said the department is still “working diligently to complete the criminal and administrative investigations” and is in close contact with the Tarrant County district attorney’s office.

Police did not take any questions at the news conference. The chief is expected to provide an update Tuesday.

The charge against Dean came less than two weeks after former Dallas police Officer Amber Guyger was convicted of murder for shooting Botham Jean in his apartment last year. Guyger, who said she believed that she was at her apartment and that he was an intruder, was sentenced to 10 years in prison.

Lee Merritt, an attorney for Jefferson’s family, said that the murder charge against Dean was a “step in the right direction" and that he hope the case will be prosecuted appropriately.

He and the family called for an independent investigation into the shooting at a news conference earlier Monday.

Ashley Carr, Jefferson’s oldest sister, said her sister had recently moved home to care for her mother, who was in declining health and remained hospitalized Monday.

The night she was killed, Jefferson was simply enjoying life in her home, “where no one would have expected her life to be in harm’s way, especially not at the hands of a civil servant who had taken the oath to serve and protect," Carr said.

Relatives called for the federal government to investigate the shooting, citing the department’s recent record of officer-involved shootings. Since June 1, Fort Worth officers have killed six people, including Jefferson. One other person was wounded.

Merritt, the family’s attorney, said the department was in need of “serious systematic reform.”

“I want to go ahead and dispel the myth that this is somehow a one-off — that this was just a bad-luck incident from an otherwise sound department," he said. “The Fort Worth Police Department is on pace to be one of the deadliest police departments in the United States.”

Carr, reading a statement from the family, asked officials to follow the example of her sister’s character.

She asked the city to “be honorable when it comes to narrating the memory of this beautiful soul.”

“To have integrity and bring the federal government in to investigate,” she continued. “To be committed to a swift and appropriate prosecution. To serve the entire community of Fort Worth by training your officers to execute responses to appropriate situations.”