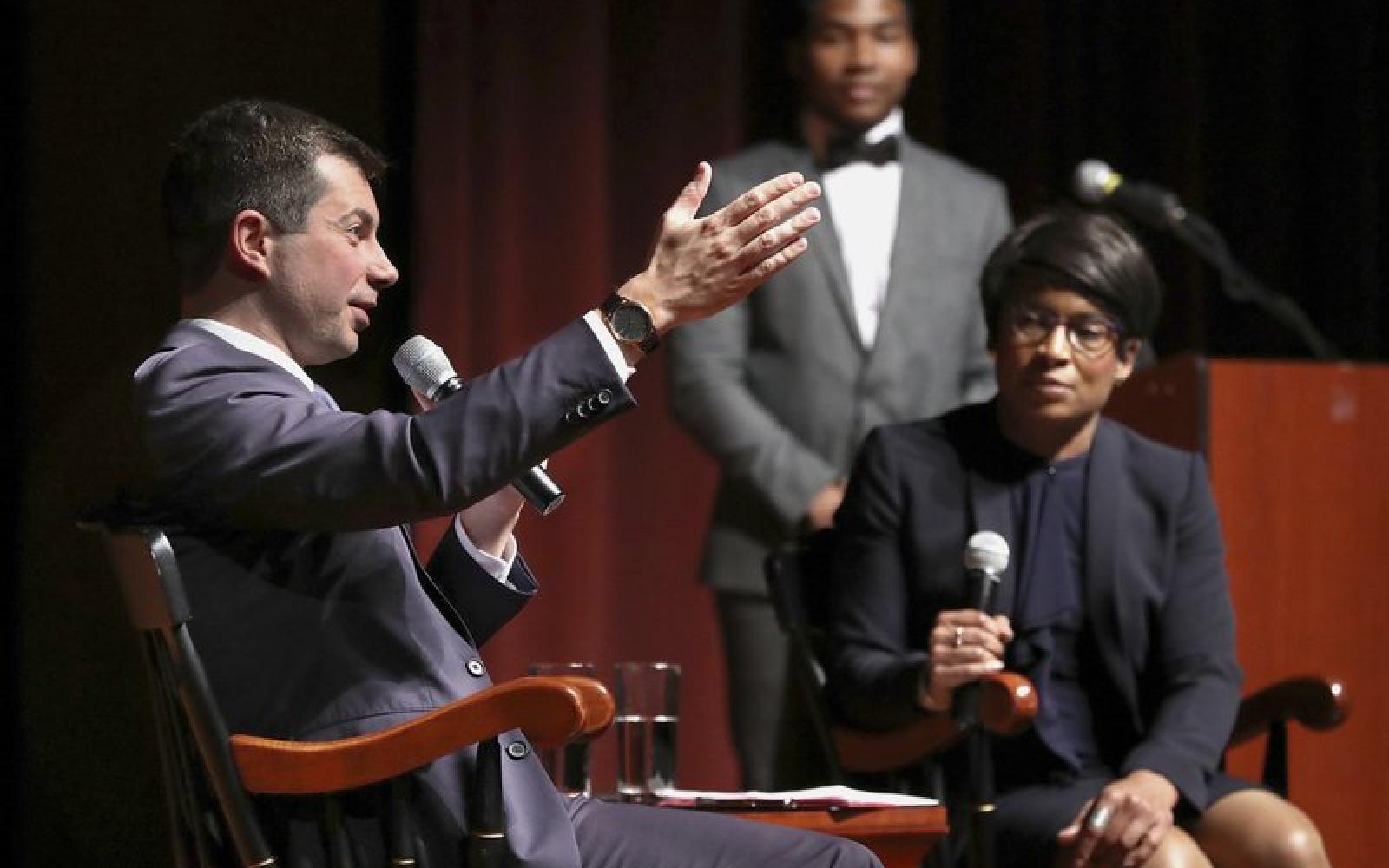 Pete Buttigieg’s struggle to obtain support from Black and Hispanic voters has become widely known and his low poll numbers serve as irrefutable proof. Despite his attempts to appeal to voters of color in an effort to see a surge in his numbers, the fact remains that folks simply aren’t feeling it. And now, it appears that the Black and Hispanic staffers on the Democratic presidential candidate’s campaign feel no different, as they have voiced their frustrations on being hired as tokens to back his presidential run.

The South Bend mayor held a mandatory retreat on “diversity and inclusion” last month, which missed the mark among his Black and Hispanic staffers. In a report from The New York Times, current and former staffers of color felt disregarded and that their voices were not heard. One staffer spoke of the “emotional weight” endured by the Black and Hispanic employees who felt they were quota hires and were there to help the “campaign meet its ambitious diversity targets,” the New York Times reports. Some Hispanic staffers also felt disrespected as they would be asked to translate information, even if they didn’t speak Spanish.

Following the retreat, emotions spilled over for some of the employees, who said they felt disrespected by their white colleagues and stressed from having to answer questions regarding their support for a candidate who is struggling to obtain Black and Hispanic votes.

One staffer recounted an incident where the campaign planned a fundraiser in conjunction with a donor who had a hand in trying to suppress the release of a video of a cop shooting a Black Chicago teenager. Despite being warned against working with the donor, the campaign went forward with their decision, but ended up have to remove the donor as co-host and return the donation at the last minute.

There have been half a dozen interviews with Black and Hispanic staffers, as well as a “review of internal documents, emails and the recording” detailing the struggles the campaign and employees have faced with goals. Additionally, staffers have expressed their gripes on diversity.

Buttigieg has since responded to his Black and Hispanic staffers voicing grievances, saying that he is grateful that they feel empowered to do so. “That may not be something that’s typical or has happened a lot before in presidential campaigns, to try to empower staffers at all levels to be able to speak to their concerns and experiences, to raise concerns and to have these tough conversations,” Buttigieg said after a campaign stop in Ottumwa, Iowa. “And they are tough.”