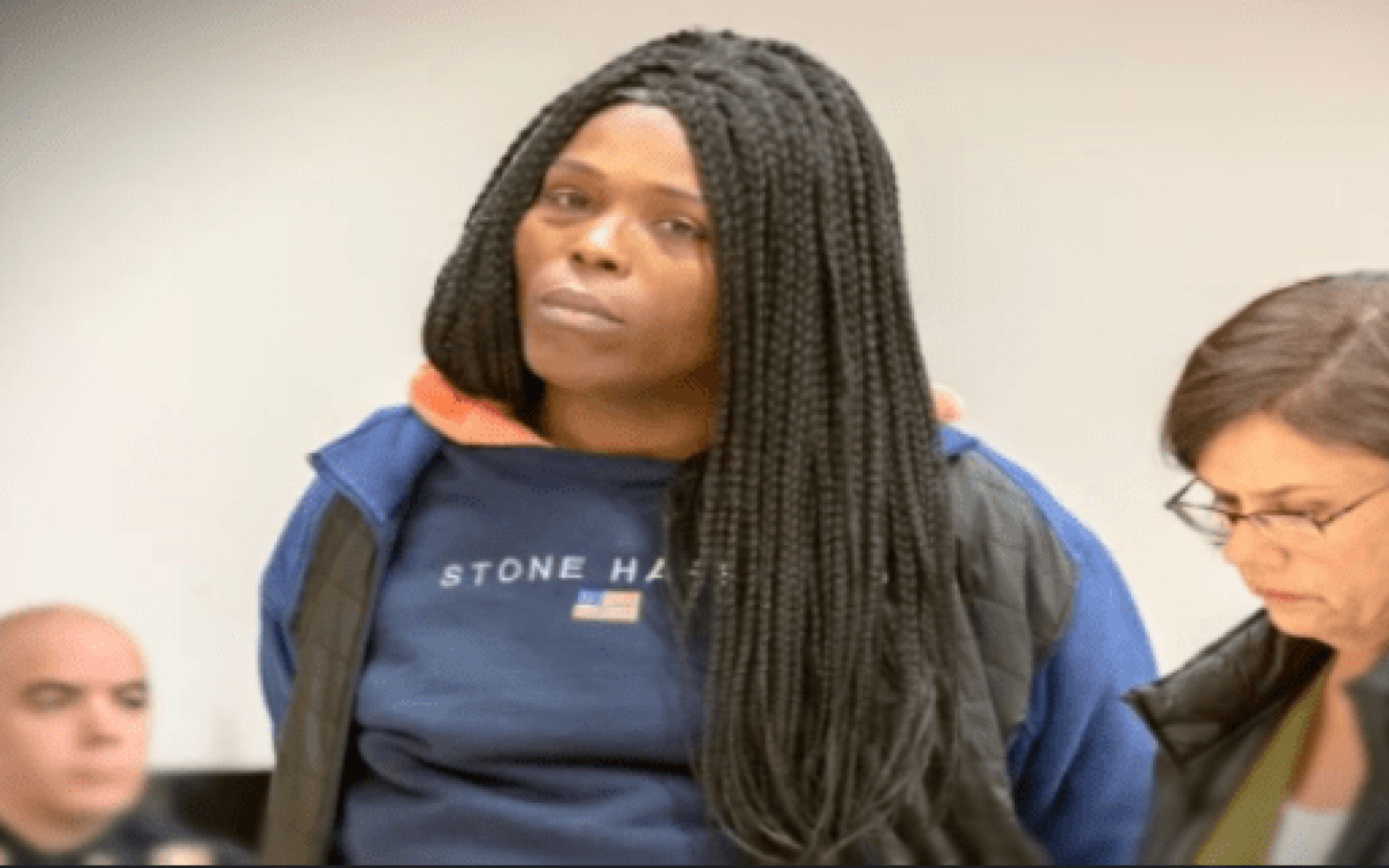 Police on Saturday arrested a transgender woman they say attacked a white couple in the Bronx and may be behind a series of attacks in upper Manhattan as well.

Investigators say the transgender suspect, who is black, confronted a couple on E. 187th Street near Crotona Avenue in the Bronx. The attacker allegedly approached the couple and asked the woman if she was white before pepper spraying her.

The couple was too afraid to show their faces on camera, but tearfully described what happened in an exclusive interview with CBS2.

“She pepper sprayed me, I couldn’t see anything,” the woman said. “It really sucked because I knew it was a hate crime.”

The man says he tried to approach the suspect but backed off when she pulled a knife. Moments later, they helped lead police to 37-year-old T.J.  Herd, who was taken to St. Barnabas Hospital, where she is set to undergo a mental evaluation before facing charges.

Investigators are now looking into whether Herd is the same person wanted in a string of suspected hate crimes in Manhattan. Multiple people, all of whom are white, were sprayed with an unknown chemical substance near subway stations in Harlem and the Upper West Side around noon on Friday.

Police say the first incident happened on the downtown platform of the 2 and 3 trains at the 125th Street and Lenox Avenue station. The suspect allegedly sprayed five people while walking westbound on 125th Street towards St. Nicholas Avenue, according to police.

Around an hour later, the same person allegedly sprayed a 30-year-old woman while waiting on the subway platform at the 96th Street and Broadway station

“It lights up your whole face on fire,” Joshua Smith, who was sprayed on his way home from a doctors appointment, said. “Your sinuses, your throat feels like it’s closing up. It’s rough.”

Police say the suspect eventually made her way to the Bronx, where she approached a husband and wife and sprayed them with the same unknown substance.

In total, police say 11 white New Yorkers were all attacked over the weekend. Officers are still trying to confirm that Herd is the person they’re searching for in the Friday crime spree.

Earlier this week, the NYPD said overall, crime in the city is down, but in the transit system, it’s up – a 5.6 percent increase this February compared to the same time last year. So far this year, there’s been an average of six crimes a day across the entire transit system.