Police: Teenage Boy Killed Priest Who Abused Him By Shoving Crucifix Down His Throat 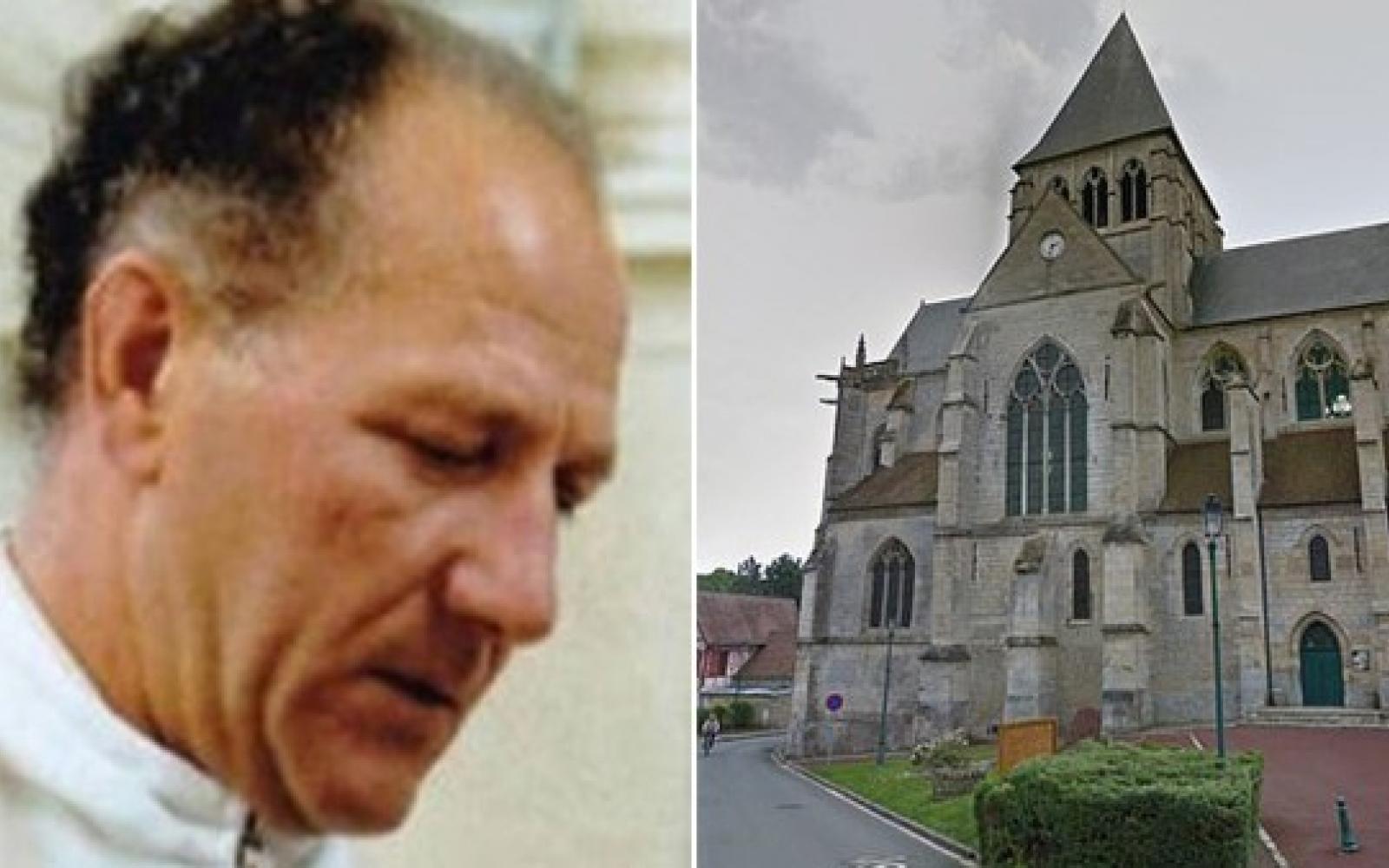 A teenager has been arrested on suspicion of torturing and killing a priest by ramming a crucifix down his throat and suffocating him. The youth, 19, is alleged to have been abused by the Catholic priest, Roger Matassoli, as was his father before him. The religious leader, 91, had been accused of sexually assaulting at least four boys between the years 1960 and 2000 but there are fears he may have had dozens of victims.

He was removed from his duties in Agnetz, in the Oise department in northern France, but it later emerged ‘an error’ meant he was still working until last year. Matassoli was found dead at home last month with a crucifix rammed down his throat and signs of torture on his corpse.

The suspect, known only as Alexandre V, was first arrested while driving Matassoli’s car and taken to hospital on psychiatric grounds. He was formally charged with murder on Thursday, the prosecution in the town of Senlis announced.

Local media said that Alexandre was employed by the victim as a housekeeper and he was allegedly made to clean the house naked. His father, given the pseudonym Stephane, said the treatment at the hands of Matassoli worsened his son’s mental health problems.

Stephane was also allegedly abused by Matassoli as a child, leading Alexandre’s grandfather to kill himself when he learnt about what had happened. Stephane also reportedly tried to take his own life and told French media: ‘This man has shattered a whole family.’

Alexandre has reportedly exercised his right to remain silent and police are investigating whether Matassoli’s death was an act of revenge. The suspect has indicated to investigators having no recollection of the events he is suspected of having committed.

After the priest’s murder, Beauvais bishop Jacques Benoit-Gonnin was quoted in local media as saying that Matassoli had been removed from his duties in 2009 after abuse allegations emerged. However, conflicting local media reports also state that 2009 was the year that the priest retired due to old age.

It also later emerged that bishop Benoit-Gonnin allegedly kept Matassoli on the payroll until 2018 despite testimony about abuse from Alexandre, his father and two other alleged victims. Reports allege that the priest had been allowed to carry on working due to ‘ecclesiastical errors’ and due to a succession of bishops putting off dealing with the issue.