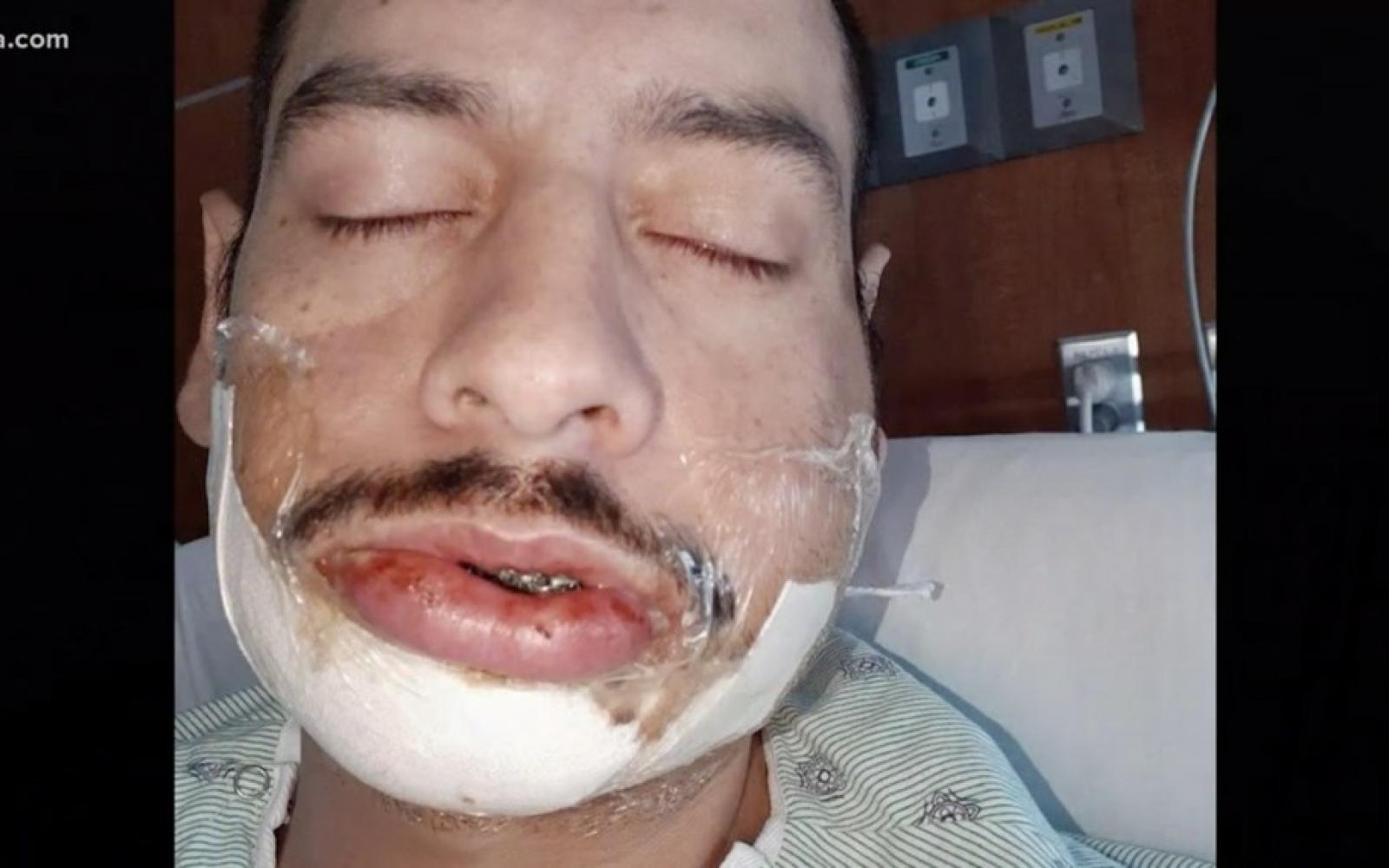 Detectives with the Dallas Police Department are looking into how a popular karaoke host at a well-known Oak Lawn gay bar received severe head injuries after ending his shift early Sunday morning.

According to a police report, 32-year-old Oscar Rodriguez told officers inside Parkland Hospital that he was assaulted by an unknown person after he left work at the Round-Up Saloon and Dance Hall around 2 a.m.

At the time of the report, Rodriguez had a brain bleed, missing teeth, a broken jaw and a fractured skull.

Unfortunately, due to the injuries to Rodriguez's head, he can't remember any of the attack, where it happened — or, for that matter, when it happened.

Rodriguez is also a trainer at F45 Training in the Bishop Arts District.

In discussions with a fellow trainer and friend, Nikki Meister, Rodriguez said that he only remembers being in the area of Fitzhugh and US-75, then traveling home to his apartment, which is near the bar.

Meister said that Rodriguez remembers waking up in his apartment after 4 a.m. and that his head was hurting. When Rodriguez's roommate inspected him, he was rushed to Parkland Hospital.

"He said he looked at him and went, 'Oh my God.' He rushed him to the emergency room, and didn't know what to say," Meister said.

"We ask the same questions over and over again and there's just nothing there, he has no recollection of anything. To see him struggle and piece everything together, it hurts."

Meister told WFAA that there wasn't a scratch on Rodriguez's car, that his ID and cash were still on his person when he woke up, and that the only thing missing was his phone.

Both physicians and the Assault Unit inside DPD think Rodriguez was attacked by someone, but leads are hard to come by since he can't remember what happened.

"The trauma to his brain," Meister said. "There's no other explanation. It had to have been an attack."

"He literally lights up the room anywhere he goes. Knowing that someone has done this to him, it makes me angry."

Meister said that Rodriguez told her he didn't drink much that night and that he didn't have any plans to meet anyone after work because his phone died before he left the bar.

Rodriguez is set to have jaw surgery on Wednesday that will likely keep his jaw wired shut for at least the next six weeks.

At this point, Meister doesn't know what's worse — not knowing what happened to her friend or realizing how long his road to recovery will be.

"To know that he's going to be out for six weeks, it breaks my heart," Meister said. "I would give anything to not have this happen, and to have him here."

Meister has started a GoFundMe for Rodriguez to help pay for medical bills because he doesn't have any health insurance.