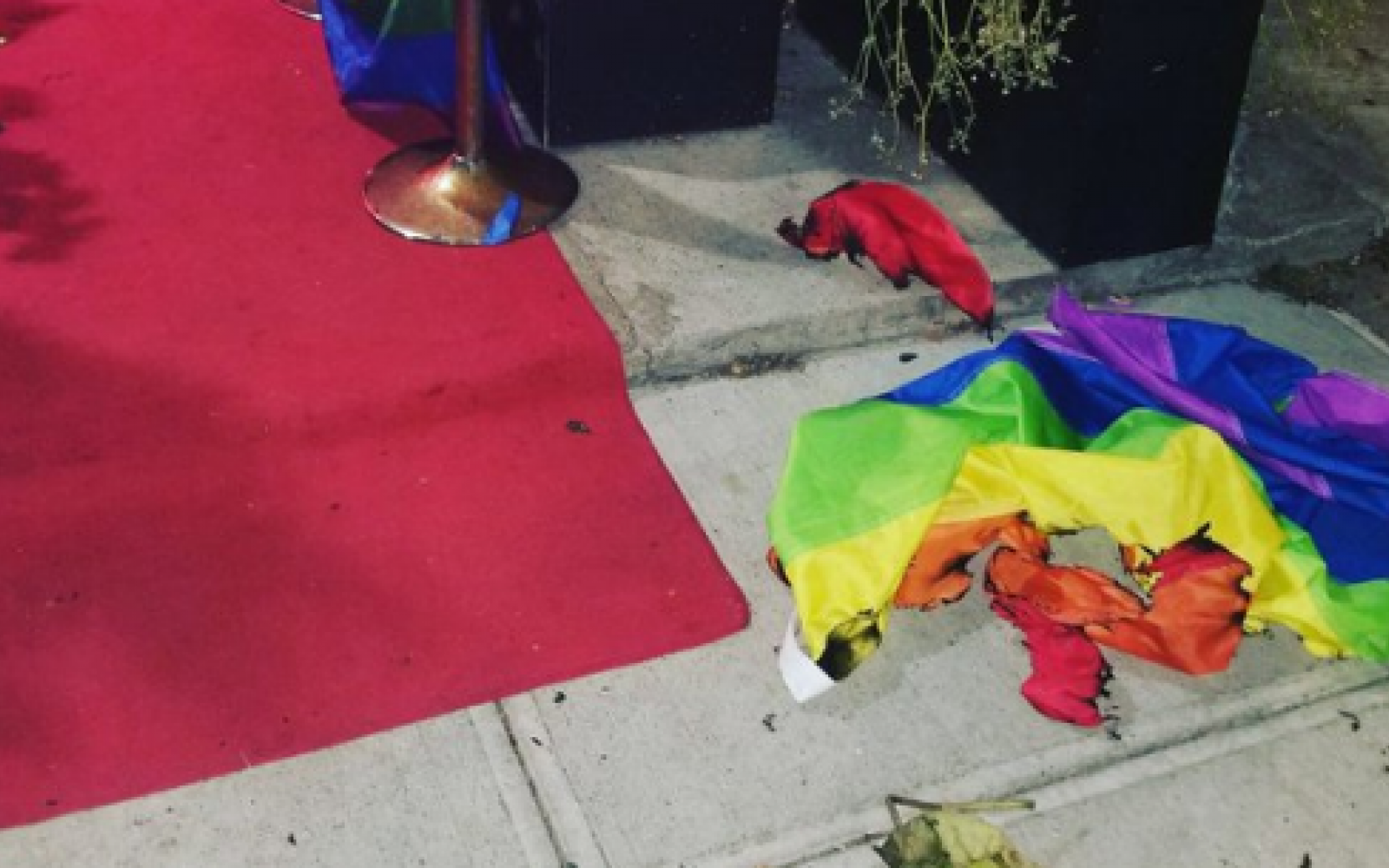 A Pride flag was reportedly burned for a second time in just over a month on Monday at a black-owned gay bar in New York City.

Alibi Lounge tweeted a photo Monday of the burned flag on the ground outside of what they say is the "first and only LGBTQ establishment in Harlem."

"Evil has struck again! Someone set our new pride flag on Fire!" the club's account tweeted.

New York City police were already investigating a possible anti-gay crime after the rainbow flags outside the bar were burned just after midnight May 31, a day before the start of Pride Month, The Associated Press reports.

“I have to say that what I find odd was the timing of both events,” Alibi Lounge owner Alexi Minko told AP. “One was at the beginning of Pride and one was right at the end. One has to wonder if there’s a kind of message they’re trying to send.”

The second flag burning is also being investigated as a possible hate crime; New York City police have not identified suspects, AP reports.

“Second time around, I’m really kind of in shock, I have to admit,” Minko said.

This year's New York City Pride Month also marked the 50th anniversary of the Stonewall riots, seen as the beginning of the LGBTQ rights movement.