Racist Road Rage: Woman Tells Black Man To "Go Back To The Ghetto" While Assaulting Him 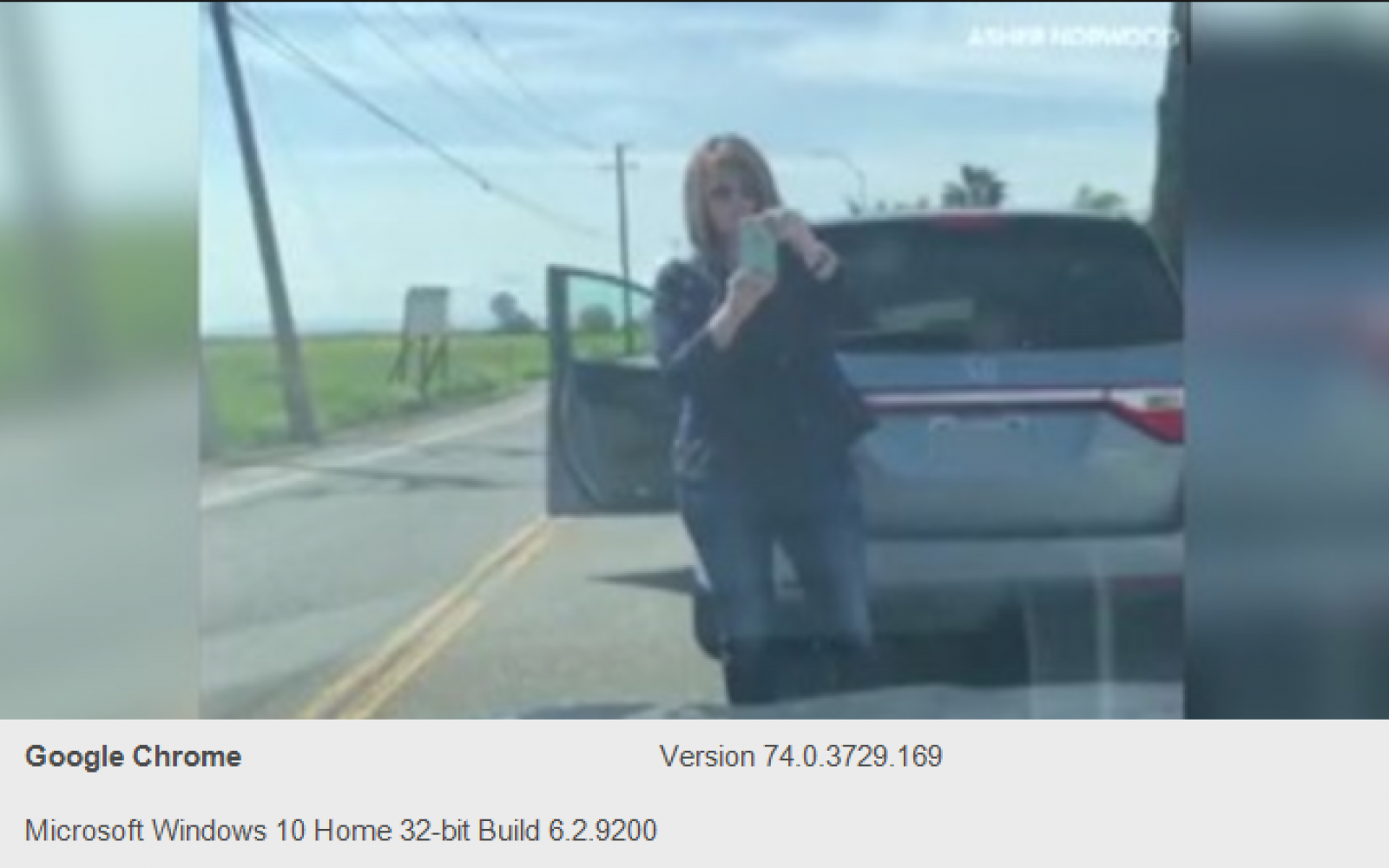 Asher Norwood says he was driving home from church when he was a victim of a racist assualt and rode rage.

Norwood told ABC10 a driver in front of him got upset after he honked his horn when she appeared to be distracted by her phone at a red light that had turned green.

"She began to shout out her window a number of very hateful and mean things," Asher Norwood told ABC10. "Things like 'Go back to Africa, you stupid mother-f-er.'" "Go back to the ghetto!"

According to a West Sacramento police report, that colorful language was used before the whole caught on camera episode. The West Sacramento Police Department is recommending criminal prosecution following the bizarre road rage incident.

"At this point something on the inside—call it God, call it whatever you want," said Norwood. "Something told me 'turn your phone on,' because if she behaved like that way the entire time behind you, what's to say she won't do something even more crazy going forward?"

But Norwood says he never expected the woman to exit her car and approach his vehicle. People also provided witness statements to police. They claim they saw a woman "attacking the guy."

"The video and the witness statements speak for themselves," said Norwood's attorney Justin Ward.

The attorney for the woman had a different view.

"This video is not a full depiction of what occurred that day," said Jonathan Gonzales. "We have seen his allegations that he has posted on Facebook and other social media sites. She denies any kind of racial statements or wrongdoing at the time.

"She's not going to make any statements because she has a pending criminal case in Yolo County. I think there is misconduct on both parts which should have been handled differently by both parties, and after all the evidence is put forth in court then the public can see exactly what happened."

The woman, who has not been identified, is due in Yolo County court on May 29. Police say she was cited for battery with a misdemeanor enhancement for the commission of a hate crime.

So, what do you do if you are a victim of road rage? CHP says do not ever confront the other person. If that person keeps following you, call 911. But right before you call 911, there are a few things you want to get, like the make and model of the other car, a description of the driver, a license plate number and what direction you're going and your closest exit.