Report: Man In Hotel Room With Andrew Gillum Is A Known Male Escort 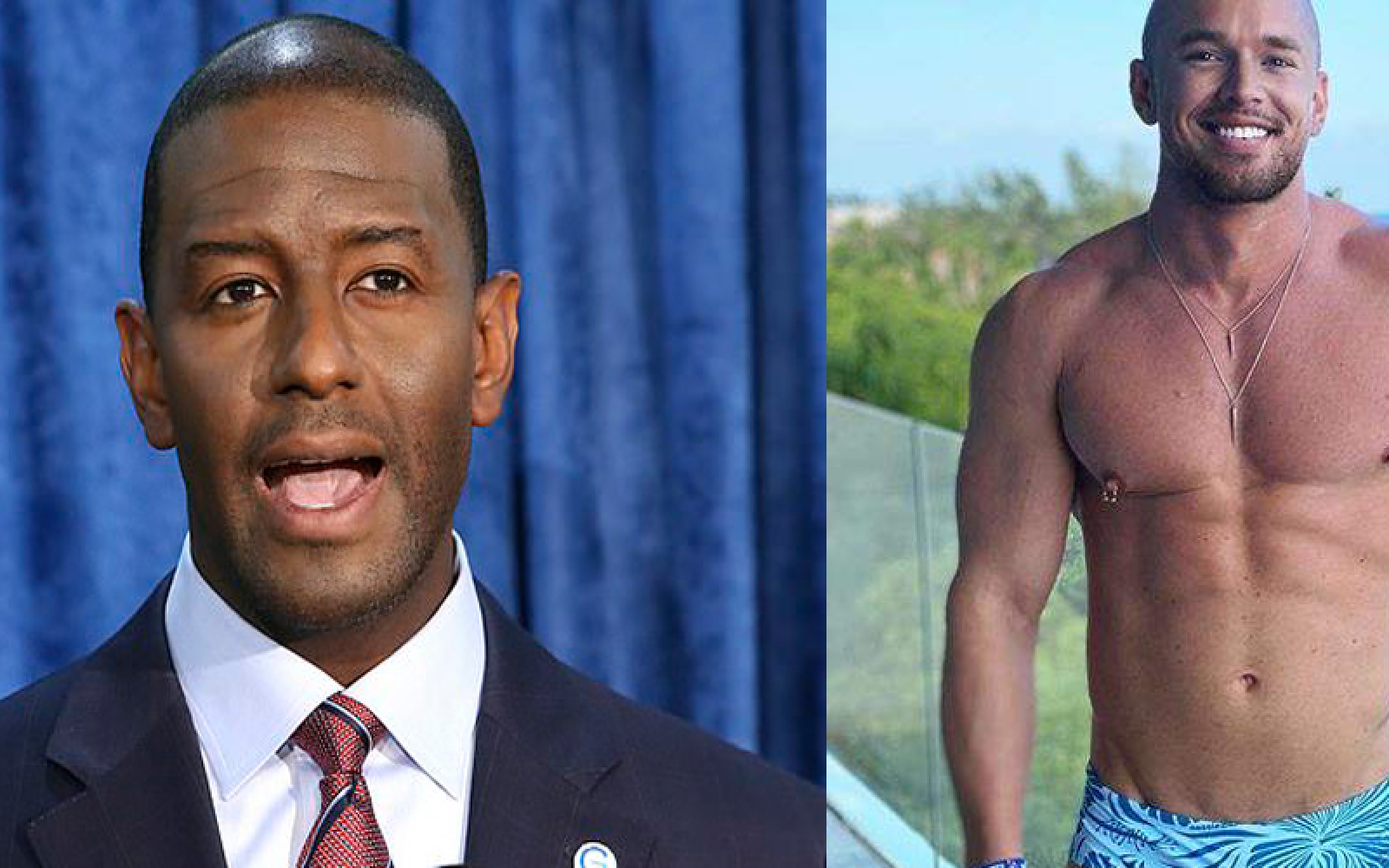 More information is becoming available about the man found in a hotel room with Andrew Gillum. Travis Dyson is the 30-year-old Florida man who was found in a hotel room with Democratic politician Andrew Gillum on March 13. Police said Dyson appeared to have suffered a drug overdose. He is conscious and in stable condition in a Miami-area hospital.

Dyson maintains a profile on a website for male escorts and is studying at a nurse practitioner school. Gillum has been married to R. Jai Gillum since 2009. The couple has three children together.

In 2018, Gillum, 40, was the surprise winner of the Democratic primary for governor in Florida. Gillum lost the general election narrowly to Ron De Santis. Since then, Gillum has been a rising star in the Democratic party. Between 2014 and 2018, Gillum served as the mayor of Tallahassee.

Gillum, a former Democratic gubernatorial candidate in Florida, released a statement claiming that he drank too much while attending a wedding with some friends and denied ever using methamphetamines.

According to Jessica Lipscomb, a reporter for the Miami New Times, Dyson told her that “Gillum did not mention anything about a wedding.”

"Just spoke with Travis Dyson, a friend of @AndrewGillum who was in the hotel room last night. He says Gillum did not mention anything about a wedding." she tweeted.

“I personally was not celebrating a wedding,” Dyson said after the Miami New Times called him at his home around noon on Friday. “I don’t know if [Gillum] was in town for a wedding. He did not mention that,” Dyson said.

Dyson added that he and Gillum have “been friends for a while.”

Gillum is a married father of three.

After the news broke, Dyson’s name was plastered across social media with unconfirmed reports that he is a known male escort in the Miami area. The Travis Dyson who was being referenced in those reports appeared to have social media accounts — including this Facebook page — that seemed to verify the reports. An Instagram page credited to Travis Dyson was reportedly made private on Friday. Its avatar showed a photo that was similar to the photos from the Facebook page.