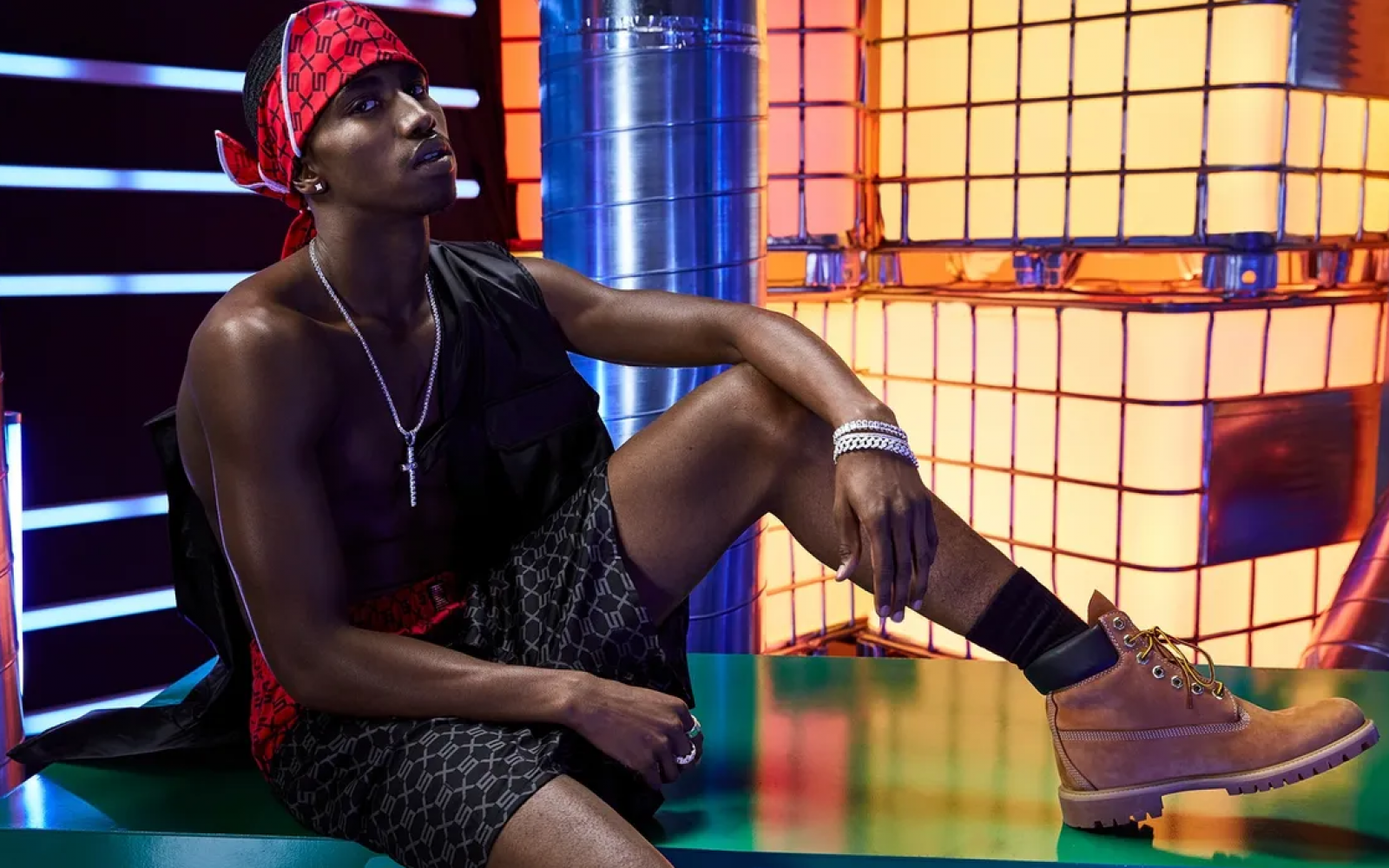 The brand announced today the launch of its first-ever menswear collection in collaboration with Christian Combs — model, musician and son of Diddy — set to arrive on October 2.

Combs has worked with Rihanna on Savage X Fenty before — he served as an ambassador for the brand in 2019 and made an appearance during the live NYFW show that same year — but their relationship actually stems back much further.

"I wanted to create menswear styles that everyone can wear," Rihanna said in a statement. "And after Christian did such a great job at the 2019 fashion show wearing men's, I knew we had to have him as a collaborator."

Building on Savage X Fenty's extensive repertoire of inclusive, body positive designs, Combs worked alongside Rihanna to create an 11-piece capsule, filled with versatile pieces that can be worn by all types.

Blue and silky red, thick-banded boxers and boxer briefs are featured, as well as a satin monogrammed smoking jacket and pajama pants — all of which look just as good as the women's iterations. Combs fused his personal '90s-inspired, NYC style with Rihanna's take on lingerie for the collection, which will take center stage at the upcoming Savage X Fenty Show Vol. 2 — modeled by Combs himself and a cast of models, dancers, musicians and actors.

"I am honored to be working with a multi-faceted talent like Rihanna, who represents diversity across all her FENTY brands," Combs said.

Prices range from $12.92 to $69.95, and the collection will be available to shop on Savage X Fenty's website starting October 2.