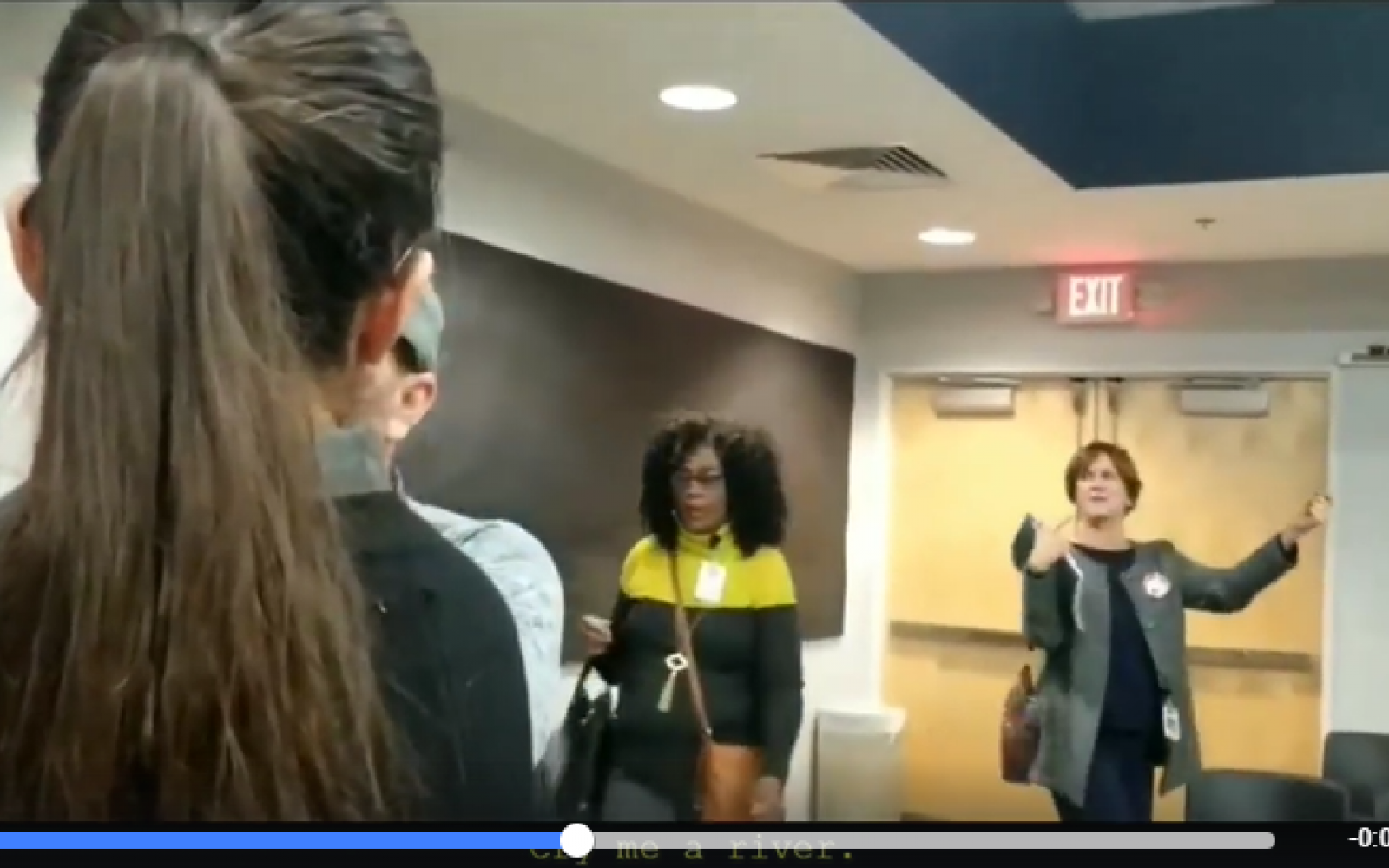 n Indiana school board member was caught on camera telling an activist to "cry me a river" after confronted about unmet needs of transgender students at a school. The board member appeared to motion playing a violin with her arms as she said it.

The protester was from the Tri-State Alliance (TSA), an activism group from Southeastern Illinois, southwestern Indiana and western Kentucky. They were at the meeting to speak with the Evansville-Vandeburgh County School Corporation school board, and have been regular attendees at the meetings, according to the Illinois Eagle.

Six of the 10 activists in the group signed up to speak at the meeting, but only one was allowed as the others were allegedly denied by board president Karen Ragland. Five more were eventually allowed to speak after protests were launched by the TSA.

After the meeting, a board member identified as Ann Ennis, approached the protesters to confront them.

In the video footage posted on the TSA's Facebook page, one of the activists—identified as TSA President Wally Paynter by the Eagle, can be heard calling Ennis, "so transphobic. When you met with us, you were so transphobic."

Ennis can then be seen backing away from the group saying "cry me a river," while making a sweeping gesture with her arms and hands that appears to be a violin-playing motion.

"Cry me a river?" Paynter asks.

Another activist can then be heard saying, "oh, cry us a river about the kids who have died?"

The second activist added, "you're a... s****y person" before the video cut off.

On its Facebook page, TSA said it met with the board to address the safety of LGBTQ students in the school. While the Evansville-Vandeburgh County School Corporation has added coding to protect student sexual orientation, they have not yet added language that protects student's gender identity. TSA maintains there is no support on the board to protect transgender students and their interests.

According to a study published in 2017 by the Indiana State Department of Health, the third-highest cause of death among 10- to 14-year-old Indiana citizens is suicide. Among 15- to 24-year-olds, it is the second-highest cause.