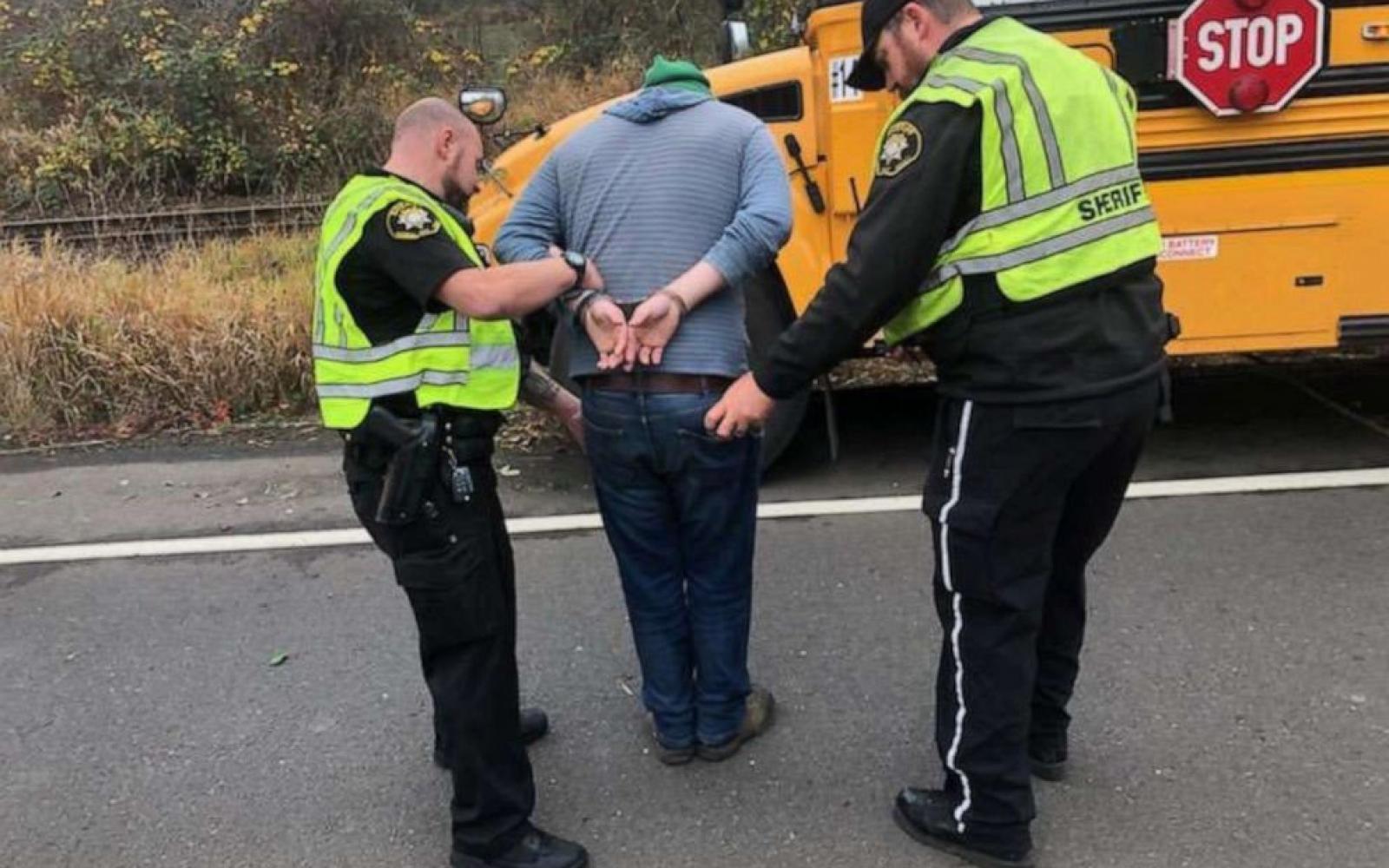 A 20-year-old school bus driver in Oregon has been charged with DUI after he allegedly crashed a bus with 10 students on board, authorities said.

Video from the incident shows the bus skidding along the shoulder of a highway before the crash.

When deputies arrived on the scene, they said they saw the bus in a ditch and that the driver, Jonathan C. Gates of Hillsboro, Orgeon, "appeared to be impaired."

Surveillance video released by the sheriff's office shows the tilted bus skidding on the shoulder of the highway before crashing.

A bus aide was also aboard the bus, along with the students, ages 10 to 16. No one was injured, authorities said.

Gates was arrested on a DUI-controlled substance charge. He had been released from the Washington County Jail by Wednesday afternoon.

He's been placed on administrative leave while the investigation is ongoing and will be required to undergo a mandatory drug test, according to the school district.