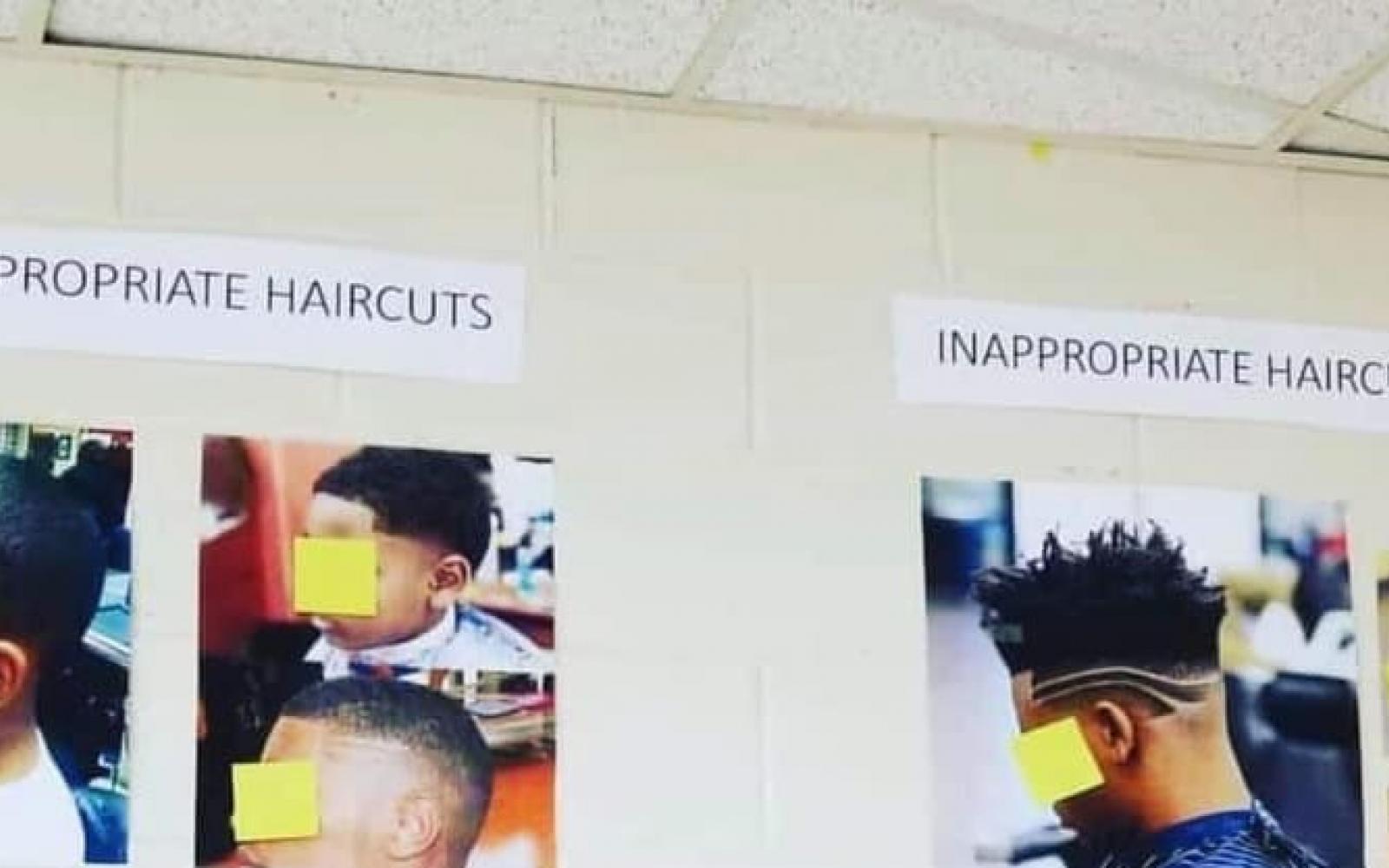 Dekalb County Schools are getting backlash on social media after a picture of a poster surfaced showing appropriate vs inappropriate hairstyles.  The poster singles out black children for having designs and or colorful accessories added to their hair.

“Many Georgia school opened today and racial profiling is still present,” Atlanta educator Jason B. Allen posted on Twitter in a tweet accompanying the image. “Imagine being a black boy greeted by this. Sadly, this shows systematic bias against all black boys...”

DeKalb County officials responded to the backlash in a statement by saying the images do not reflect the district’s dress code policy.

“This was a miscommunication at the school level and is being handled by school leadership. Nontraditional schools at (the DeKalb County School District) sometimes have the option to enforce dress code and style standards,” officials said.

Reactions to the school’s hairstyle policy are pretty split down the middle, as critics say the image perpetuates racist standards of appearance, while proponents say if parents have an issue with the image, they should move their child to a different DeKalb County school.

School began Thursday for several metro Atlanta school districts, and many local groups are offering school supplies and hairstyles for students as they prepare to return to class. Sunday, rapper 21 Savage is holding an event near the school in Decatur, the fourth annual “Issa Back 2 School Drive,” here boys and girls will receive free haircuts and hairstyles, as well as back-to-school supplies.