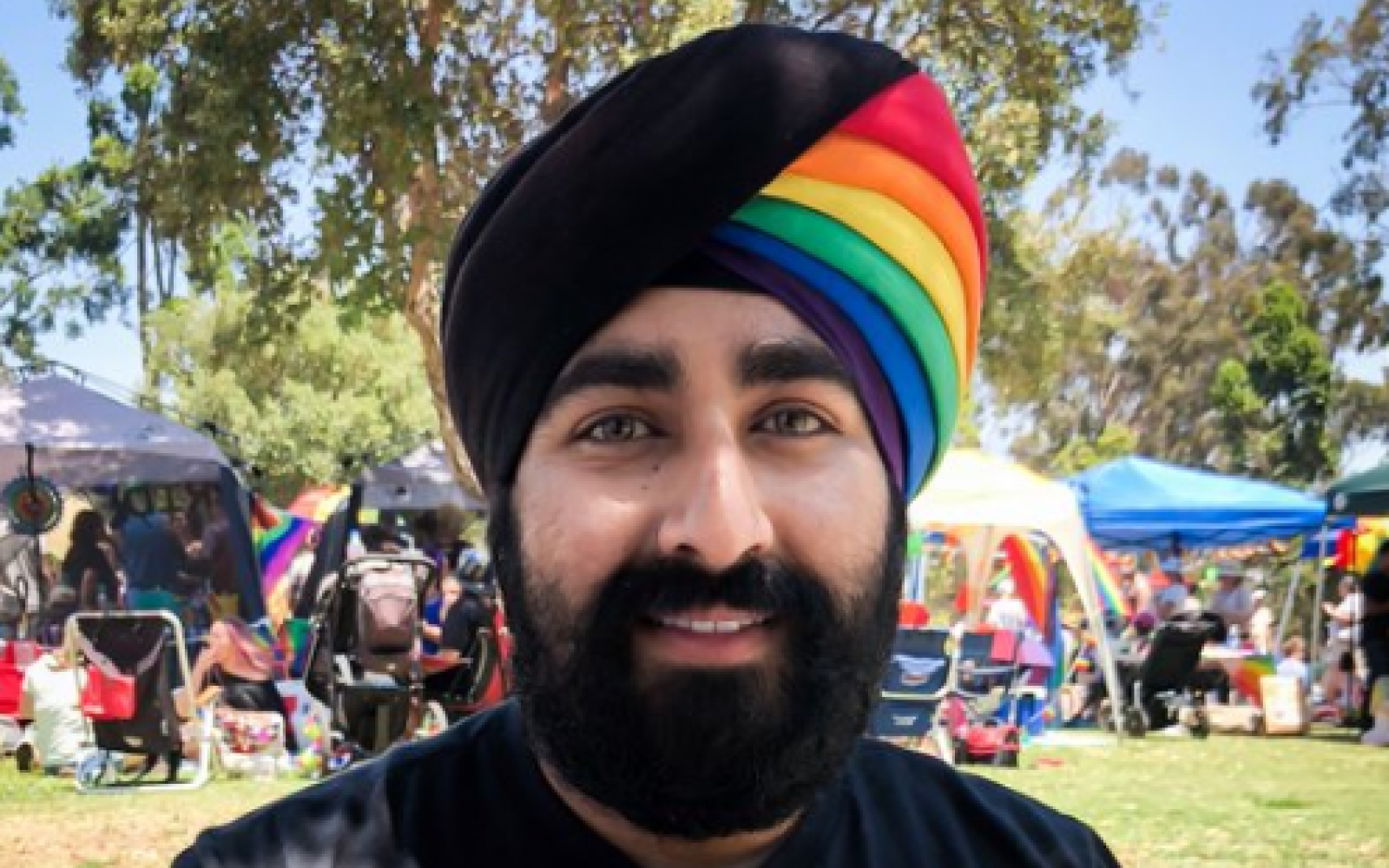 Jiwandeep Kohli is a grad student in clinical psychology, an amateur baker, and proudly bisexual.

For Pride, he decided to go all out with a beautiful rainbow turban that's drawing all kinds of admiration on Twitter.

"A few years ago I saw a photo of another Sikh man at a Pride parade who had a few colors in his turban," Kohli told BuzzFeed News.

"I was looking at that, and I realized the way I tie mine it had the exact right number of layers to make a rainbow.

Using his usual 19-foot long turban material, some added fabric, and some safety pins, he made his fabulous Pride turban.

He actually wore it to San Diego Pride last year, but re-shared it on Twitter for Pride month. It's been liked and shared thousands of times.

"I've been really enamored with the reaction I've gotten from people," said Kohli.

He said that other people aren't really used to seeing turbans, let alone Pride turbans, so he got a lot of attention and people asking questions or wanting photos.

It's not quite his first brush with social media attention — he was once a contestant on the Great American Baking Show — but he had no idea the tweet would blow up like it has.

"I’ve been really, really happy to see so much positivity and welcome from so many people," he said.

There are a few people asking where they can get their own rainbow turban. Kohli wants them to know turbans are a responsibility for Sikh men and it's not the same as throwing on a rainbow hat.

"I wouldn’t want people to have the impression that I’m just wearing it as an accessory," he said. "A turban is a sign to the world that you’re a person the world can turn to for help."