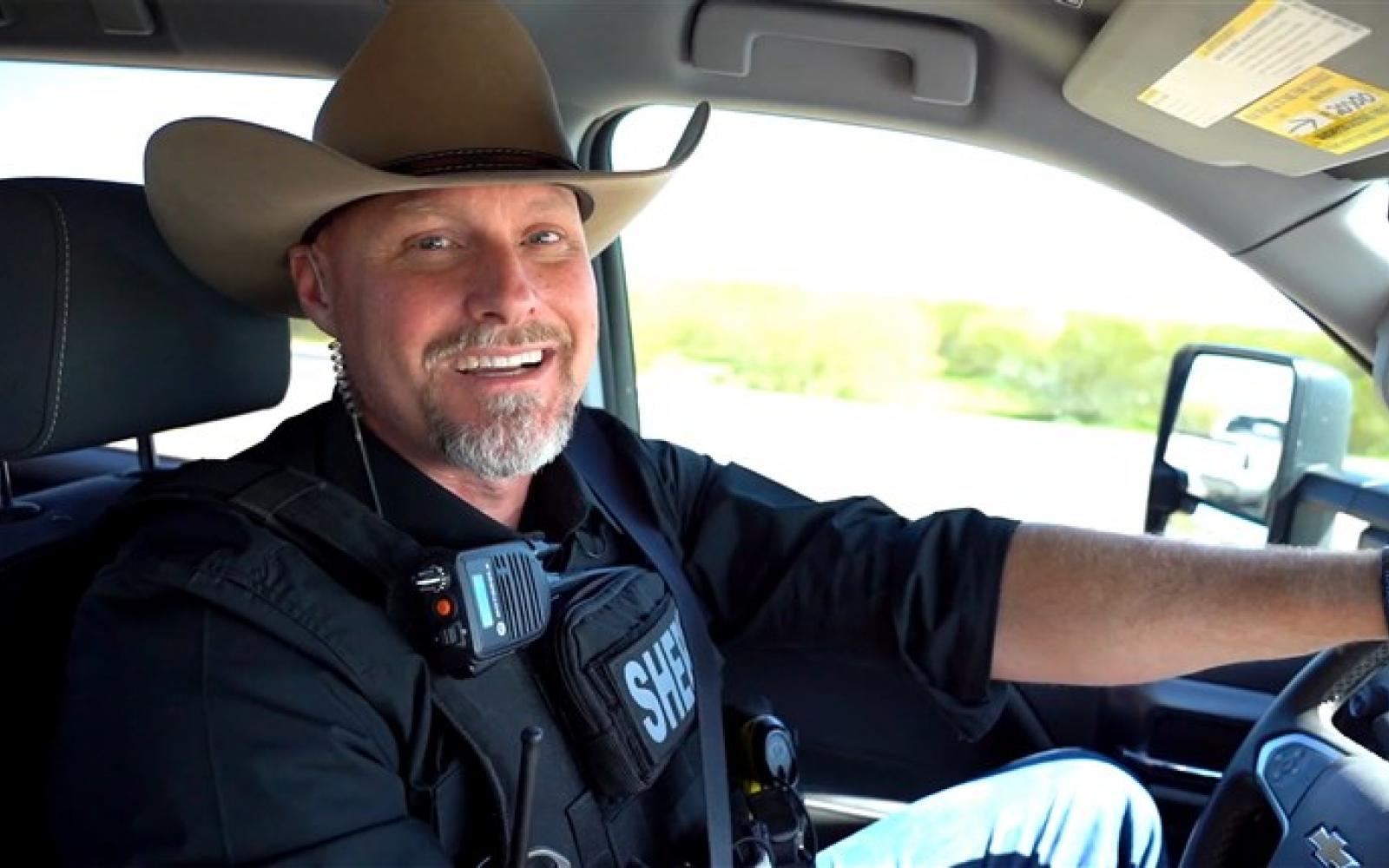 A Republican sheriff in Arizona who said he would not enforce the state's emergency coronavirus orders has come down with COVID-19.

Pinal County Sheriff Mark Lamb announced on Facebook on Wednesday that he had tested positive, likely from attending a campaign event on Saturday. He says he found out when he was called on Tuesday to meet with President Trump at the White House and was screened for the virus.

"Unfortunately, as a law enforcement official and elected leader, we do not have the luxury of staying home," Lamb wrote. "This line of work is inherently dangerous, and that is a risk we take when we sign up for the job. Today, that risk is the COVID-19 virus. On Saturday, I held a campaign event, where it is likely I came into contact with an infected individual."

Trump, meanwhile, is planning to come to Arizona on June 23 for a campaign rally.

Lamb, who was elected in 2016, told Phoenix New Times in late April that he had to keep the Constitution in mind when considering emergency public-health orders.

"In tough times, tough decisions have to be made," he said. "I'm looking at two laws in each hand [and] going with the one that's 200 years old rather than two days old."

Lamb said on Wednesday that he'll be self-quarantining for at least the next 14 days and has alerted the Pinal County Public Health Department after testing positive, "and they are working to track all those I came in contact with following the Saturday event."

Lamb did not immediately return a message left with his office on Wednesday; this story will be updated if he calls back.

Lamb was not the only Republican sheriff who said he would not enforce Governor Doug Ducey's emergency orders in April. Mohave County Sheriff Douglas Schuster and Gila County Sheriff Adam Shepherd, like Lamb, said they would advise people of the recommendations, but would not arrest people or shut down a business for violations.

On Wednesday, citing the spike in COVID-19 cases in recent weeks, Governor Doug Ducey said he would allow local jurisdictions to make their own mandatory health rules.