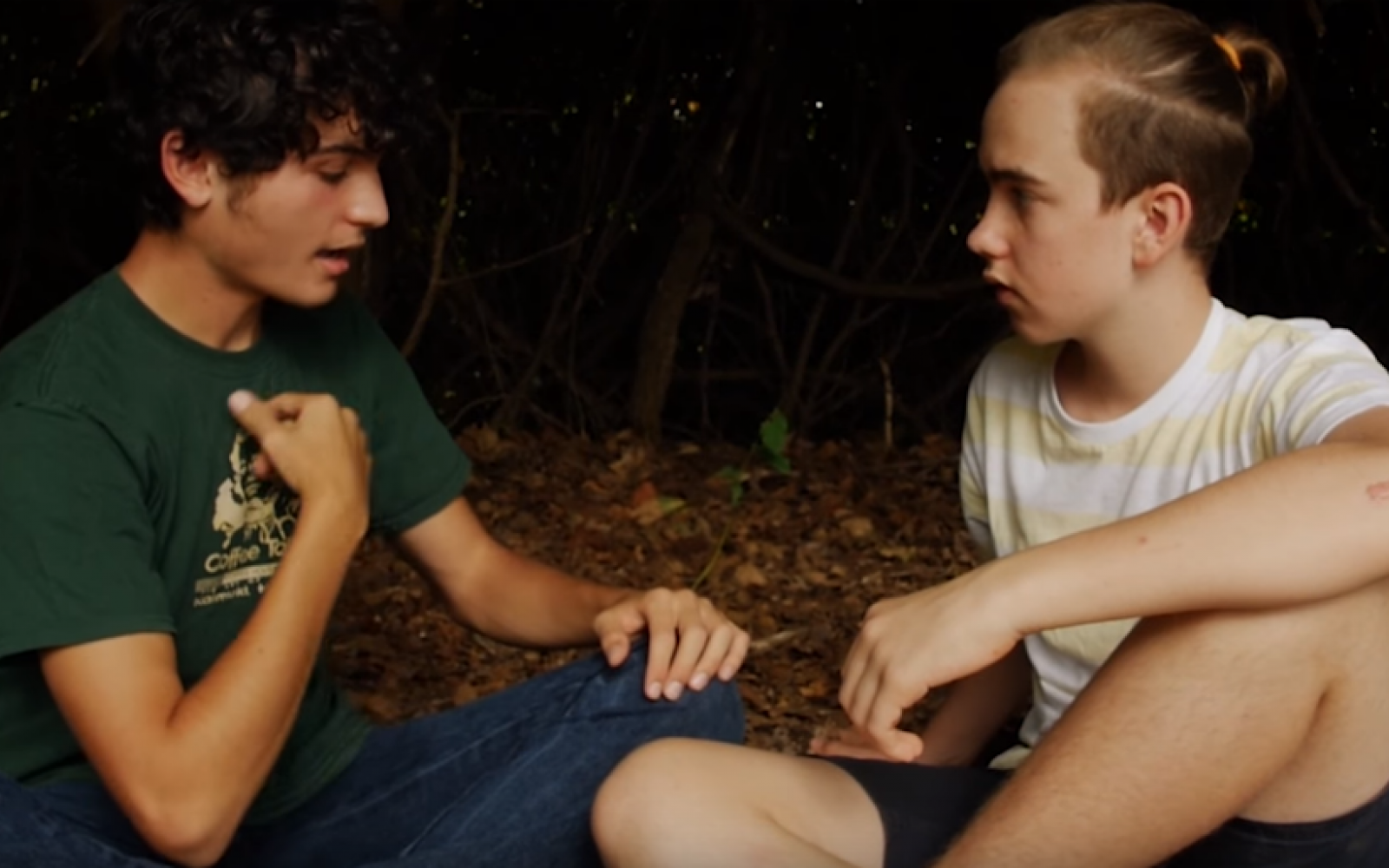 Saul Singleton’s Since The First Day We Met is a beautiful coming of age short based on his own experiences as a gay teen.

This is the 18-year-old’s first film, and he is set to win awards in the future.

It tells the story of deaf teen Max attending a new high school. He teaches a supportive teen, who wants to learn how to sign, and the two get close.

The four minute film ends with a kiss.

‘My film “Since the First Day We Met” is a combination of my first language, American Sign Language, with pulls from an intimate experience I’ve had as a gay teenager,’ Singleton tells Gay Star News.

‘I wanted to create it to validate others, who might be going through the same things as those characters might.

‘Many kids who are gay may feel alone or they may feel as if their crushes are impossible to obtain.

‘I wanted to pull from the reality of those situations.’

Growing up, Singleton noticed there was very few movies that featured deaf characters.

‘When I started the script-writing process, I immediately knew that I wanted my main character to connect through my experiences somehow,’ he said.

‘While I am not deaf, I do have three generations of deaf members in my family.

‘I thought it would be interesting to see others reactions to the film. How receptive would they be to the transfer of emotions without hearing a voice to process it?’