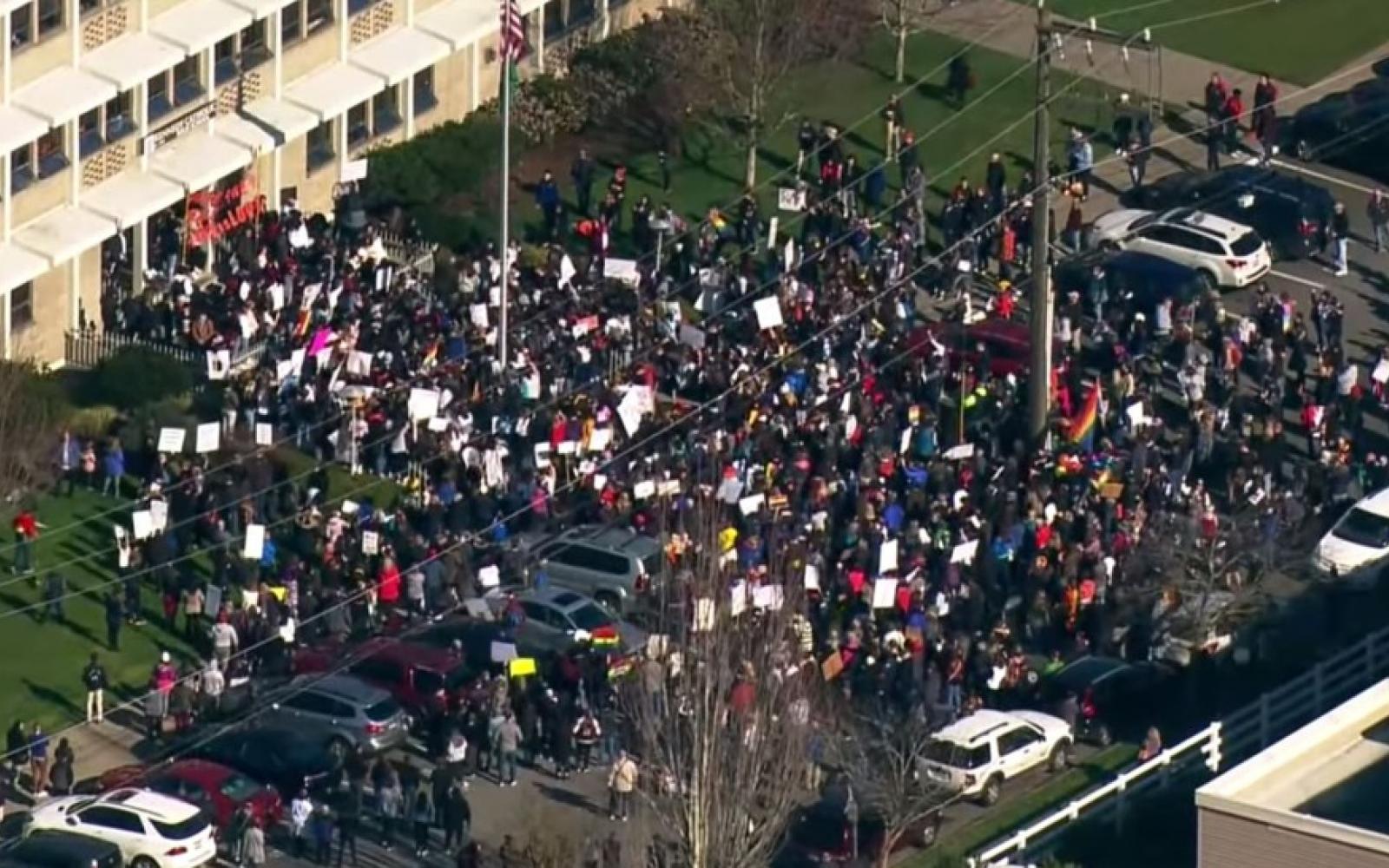 Students at a Catholic school have walked out in protest at the resignations of two teachers who allegedly resigned because they were gay.

Paul Danforth and Michelle Beattie quit Kennedy Catholic High in Burien, Seattle, soon after getting engaged to their same sex partners. After hearing this, children staged a mass walk-out and many of them blocked the corridors.

They were said to have resigned ‘voluntarily’, but Paul’s fiance Sean Nyberg said he had been forced out soon after he proposed to him at Disneyland on November 1.

Beattie had also recently got engaged to her same-sex partner. After hearing their teachers were allegedly being forced out, students went into the hallways to stage a sit-in before taking their protest onto the front lawn.  The school sent letters to parents describing the teachers as ‘highly capable’ but has not commented on the reasons for their sudden departures.

Erika Dubois, a mother of a Kennedy Catholic student who helped plan the walkout, told The Seattle Times she was shocked by the resignation. She said she knew about the morality clause, but never thought the school would act on it.

She said: ‘Would it have been applied if a teacher were divorced and remarried? Or had children out of wedlock? ‘I’m sad about the message this sends to LGBTQ students: “We love and accept you but we can’t employ you”.’

At the protest, students held signs that read ‘Love is a human right,’ ‘Who would Jesus fire?’ and ‘I’m Gay! What’s Next? Am I expelled?’ Nyberg spoke to the West Seattle Blog during the protests and said the students’ actions were ‘more brave than anything I’ve seen any adults do.’

‘The drive and the willingness to maybe get in trouble is pretty inspiring. And that the rest of the world is watching.’