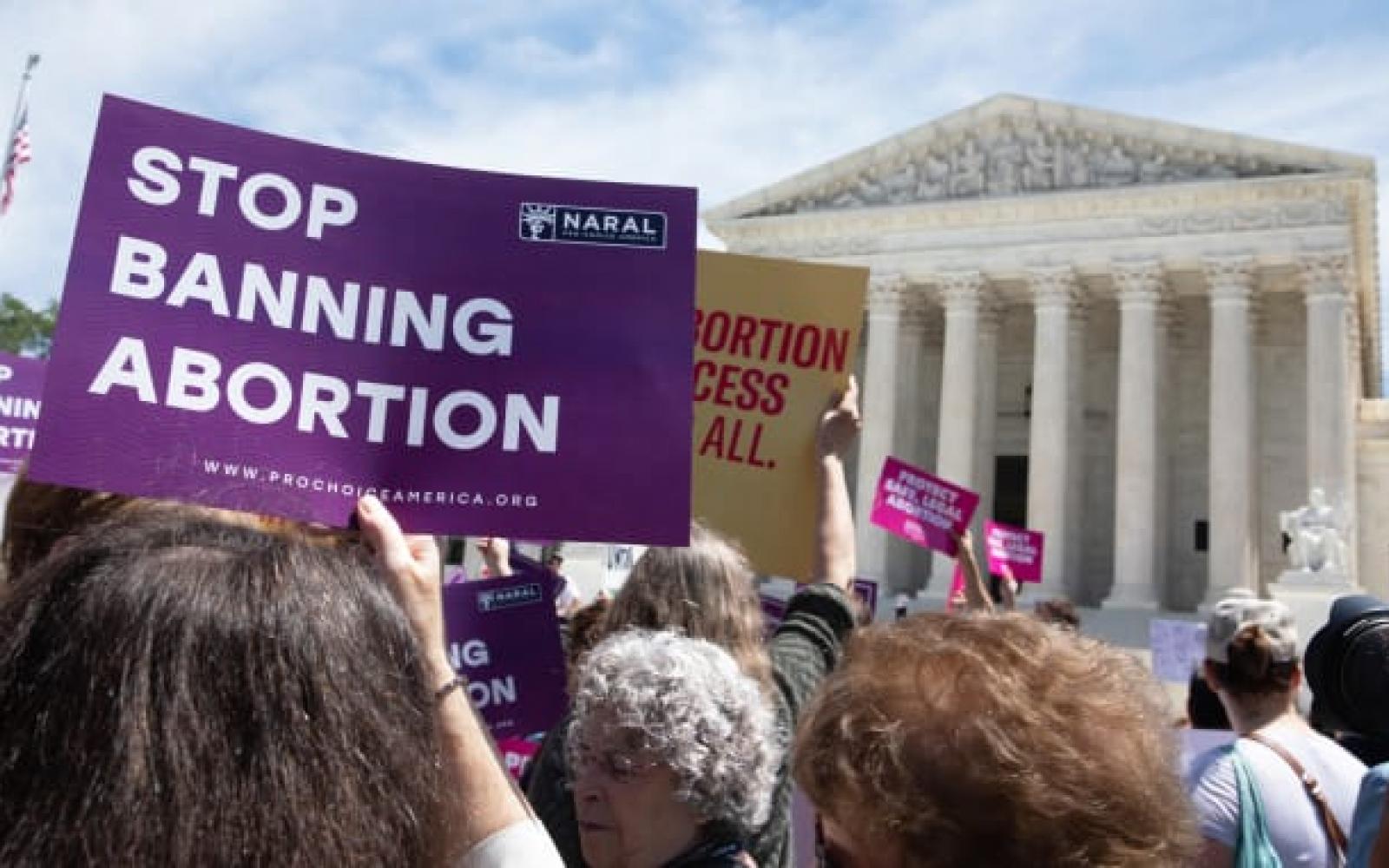 The Supreme Court Monday left in place a Kentucky law requiring abortion providers to perform an ultrasound and show and describe it to the patient, regardless of the patient's wishes.

The justices did not offer an explanation for their decision to refuse to hear a challenge to a lower court ruling that upheld the Kentucky restrictions. The law, which had been blocked by lower courts since 2017 when it was enacted, will now take effect.

The Kentucky law also requires doctors to play audio of a fetal heartbeat, and it doesn't include typical exceptions for victims of rape or incest or the pregnant patient's health. The law was signed by Republican Gov. Matt Bevin, who was defeated for reelection last month in a race that focused heavily on abortion.

The American Civil Liberties Union in 2017 challenged the law on behalf of the state's lone abortion clinic. The ACLU argued it violates the First Amendment by forcing doctors to engage in state-mandated speech, even when they fear it will cause trauma or psychological harm to their patients.

A lower federal judge had ruled the law unconstitutional in 2017, but a three-judge panel of the 6th U.S. Circuit Court of Appeals reversed that ruling earlier this year. The appellate court opinion, written by Trump appointee Judge John Bush, said the law gives patients more information about the abortion.

With its refusal to review the lower court decision, the Supreme Court "has rubber-stamped extreme political interference in the doctor-patient relationship,” said Alexa Kolbi-Molinas, a senior staff attorney at the ACLU Reproductive Freedom Project. “This law is not only unconstitutional, but as leading medical experts and ethicists explained, deeply unethical."

"Women facing an unexpected pregnancy deserve to have as much medically and technically accurate information as possible when they are making what could be the most important decision of their life," said March for Life president Jeanne Mancini.

The Supreme Court's decision not to intervene in the case is notable, given that the 4th Circuit Court of Appeals struck down a virtually identical ultrasound abortion law in North Carolina a few years ago. A split decision at the circuit court level has typically been one of the reasons the Supreme Court agrees to hear a case, though there's no requirement for justices to resolve the conflicting decisions.

Since Justice Brett Kavanaugh joined the bench last year, the Supreme Court's new conservative majority has been cautious on abortion cases, sidestepping several opportunities to revisit Roe v. Wade. In March, however, the court will hear a challenge to a Louisiana law that could provide an opportunity for the justices to redefine states' ability to restrict access to abortion.