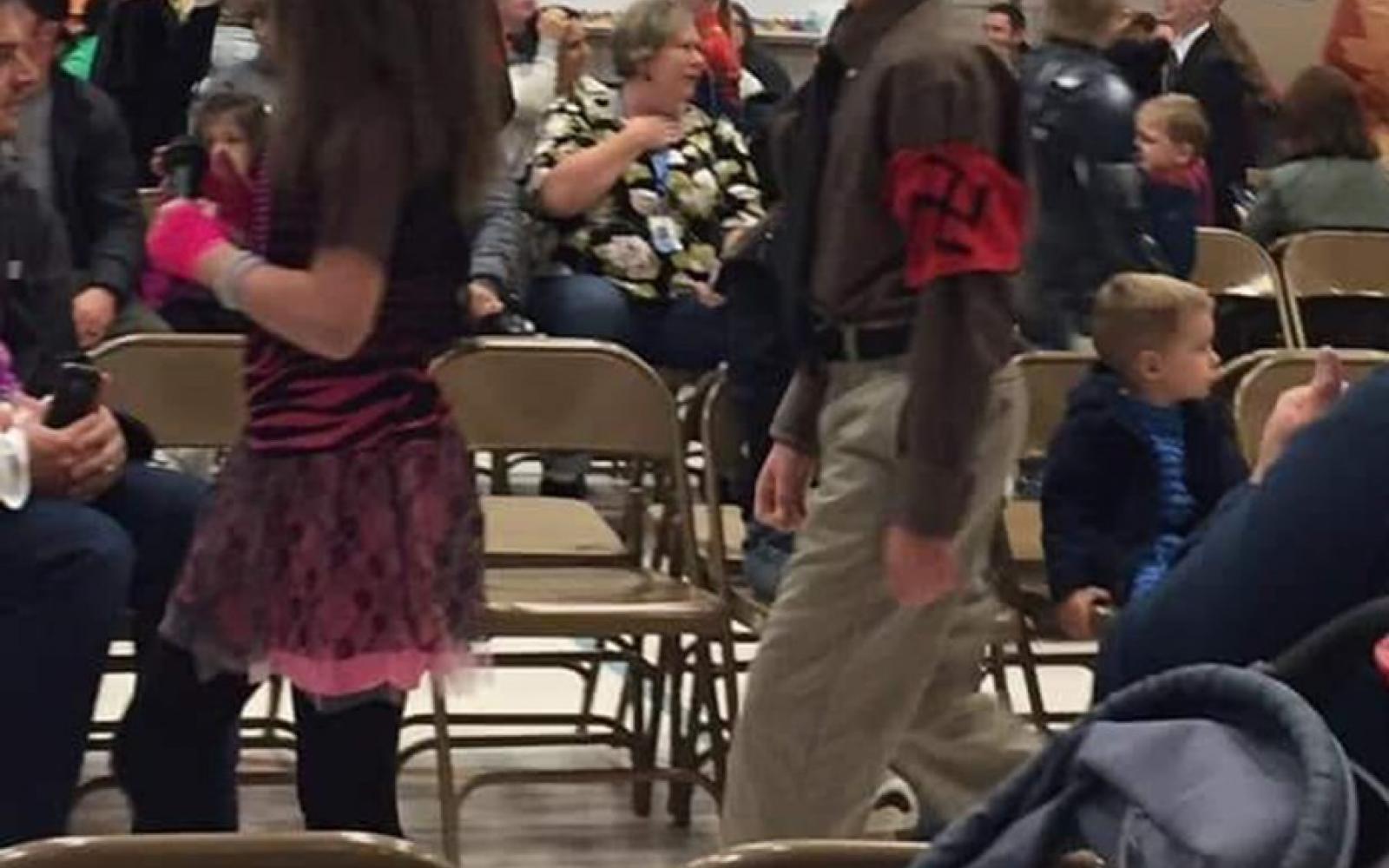 A Utah principal and teacher were placed on leave after allowing a student to wear a Nazi costume in the Halloween parade.

A photo circulated online Friday of a child dressed in tan pants and a brown shirt with a red armband with a black swastika for the Halloween parade at Creekside Elementary School in Kaysville, Utah, The Salt Lake Tribune reported. The elementary school, a part of Davis School District, teaches kindergarteners through sixth graders.

Several parents at the parade expressed concern about why the costume was allowed in the parade, according to local TV station ABC4.

The school district released a statement after the photo came out, saying it apologizes and is investigating the incident.

“The Davis School District apologizes for what took place yesterday,” ABC4 reported the statement stated. “It does not tolerate speech, images or conduct that portray or promote hate in any form. The district is taking the matter very seriously and is investigating every aspect of the situation. The principal and teacher have been placed on paid administrative leave.”

School district spokesman Chris Williams declined to tell the Tribune the names of the principal and teacher put on leave.

The United Jewish Federation of Utah also released a statement about the costume, saying it was “appalled” that it was permitted.

“Dressing a child as Hitler is intolerably offensive and should never be suggested, permitted or condoned,” ABC4 reported the statement read. “We believe school districts, school administrators and teachers have an obligation to provide guidance to students and parents about what would be an unacceptable costume for such a school parade.”