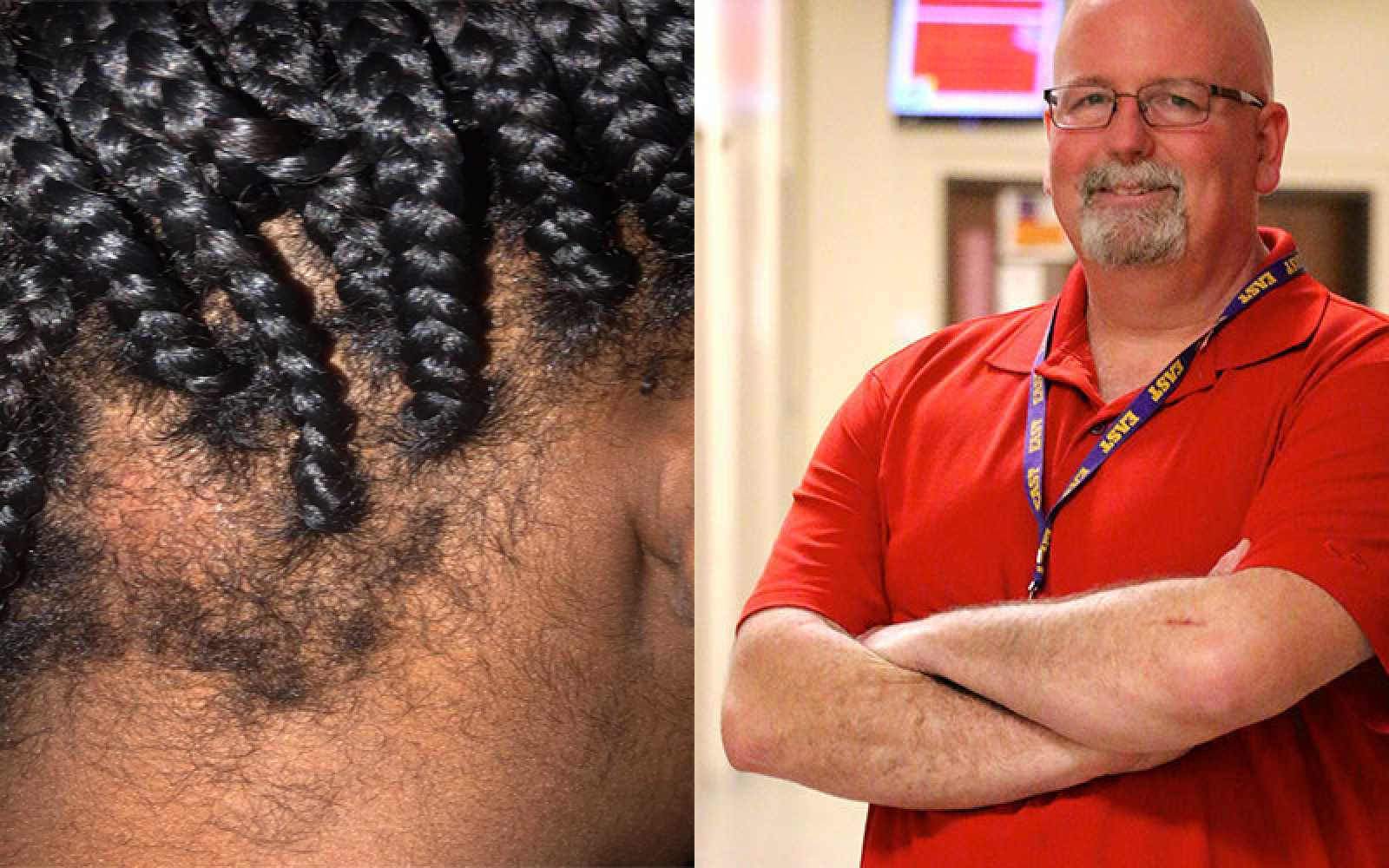 Via Essence: A Wisconsin educator has been removed from his position after allegedly pulling out a Black student’s braids. According to Yahoo! Lifestyle, the altercation is said to have stemmed from an issue over perfume that led to disciplinary action being taken against the young lady wearing it.

Mikea Price, the mother of the alleged 11-year-old victim, says that in reviewing the security footage that caught the assault, Rob Mueller-Owens, a “positive behavior support coach” at Madison Metropolitan school district fell on top of her daughter and remained there for 10-15 seconds. She was “crying and her lip was cracked, bleeding and she handed me three of her braids that were pulled out from her scalp,” Price told reporters when recalling the aftermath of the event. Price filed a police report following the incident.

Pastor Marcus Allen, who is now speaking on behalf of the family, says that the alleged victim and a friend sprayed perfume on themselves in the bathroom, then while in class, their teacher’s allergies became agitated. When the teacher asked the class who the culprit was and didn’t receive an answer, the teacher called in Mueller-Owens. Once there, he “targeted the girl” according to Allen, and then forcibly pushed her out into the hallway.

It was there that Mueller-Owens likely lost his balance and fell on top of the student. Allen is still unaware as to how the braids were removed. But Rice, who happens to be a substitute teacher at Whitehorse Middle School says that her daughter was not offered medical attention, and is now fearful to return to school.

The Madison Metropolitan School District released a statement to Yahoo Lifestyle, saying “As a District, we take any situation of this nature very seriously. All of our students need to be safe and supported in school, and we have a thorough investigation process and protocol that we follow.”

The communication continued, “While we cannot talk about the details of a specific student or personnel situation, it is our responsibility to consider all of the facts of the situation and determine the right next steps. The staff person was put on leave while the situation was investigated. Based on that investigation, the staff person will not return to Whitehorse Middle School, and we are determining next steps. In addition, our team is coming together to create a full support plan to ensure that students is safe and fully supported at school.”