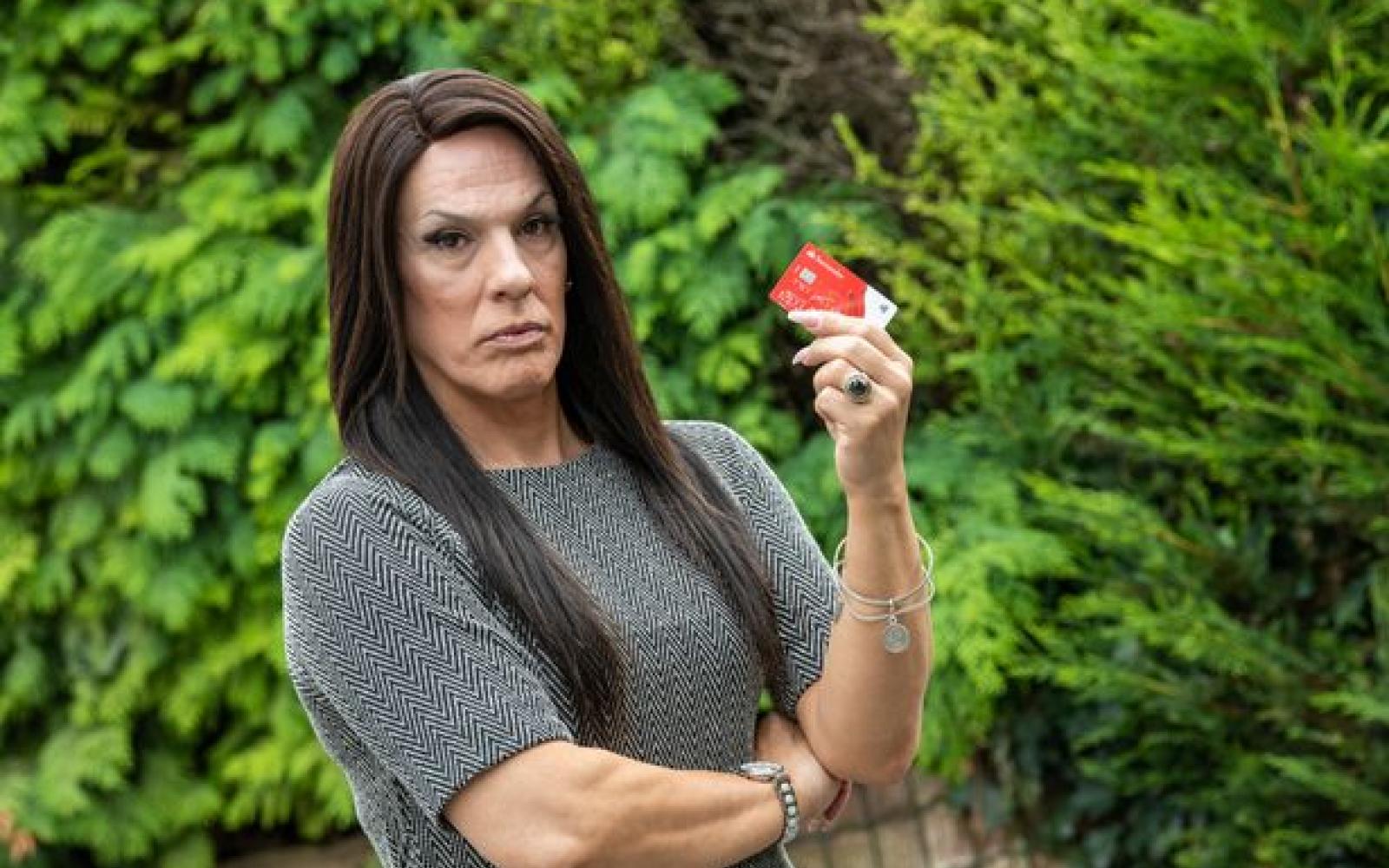 A transgender woman's bank account was frozen after a phone banking system identified her voice as a man's.

Distraught Sophia Reis, 47, from Carlton, said she was left "humiliated and embarrassed" and is now fighting with the bank to ensure that other transgender people aren't treated the same.

Miss Reis, who moved to Nottingham 18 years ago, said she informed Santander last November that she would no longer be named Sergio on the account.

She said the bank changed her details and her new identity was registered, but on Thursday, August 30, she went through a traumatic ordeal with Santander's phone banking staff.

She did not pass the security check and was not allowed to transfer £72 to a friend on her debit card.

The next day the bank froze her account and she could not pay for items in Tesco.

The customer service advisor, who used to work behind the bar at NG1, said: "The embarrassment and humiliation I felt was unbelievable.

"I went into the bank in Clumber Street and said 'you have got all my documentation and I changed my name on November 11.'

"They said 'my voice did not match my profile because it sounded like a man on the phone and not a woman.' The whole situation is inadmissable.

"I was crying my eyes out and I am not that type of person at all. I am a very courteous person and I am outgoing but to feel that way when all I asked was for my money to be transferred...I feel mistreated."

She said that despite informing the phone banking staff that she was a transgender woman, they did not pay attention.

She now wants to ensure that other transgender people don't go through the same ordeal.

"They were not taking any notice of me," she added.

"I work as a woman, I identify myself as a woman and I look good as a woman but for the first time in my life I felt embarrassed about being who I am.

"It was humiliating having to go into my bank and to explain myself when all my information was at the click of a button."

Miss Reis, originally from Portugal, moved to England in September 1997 as a single parent with her three-year-old son.

Through family circumstances, she could never address herself as a woman and set up home in Grantham.

But it was during a night out in Nottingham that she began to feel the city was the perfect place to make the transition.

"For the first time in my life I saw gay and lesbian people together and no-one paid attention," she said.

"I thought 'this is the place where I want to live' and within weeks I was working and living here.

"My son is old enough now and I said 'the woman you know will be coming out more often.'

She is hoping to have sex reassignment surgery next year.

A spokeswoman for Santander said: "We have apologised to Miss Reis for the experience she had when using our telephone banking service and offered her a gesture of goodwill.

"It was certainly not our intention to cause any offence, and our service was not as good as it should have been.

"When verifying customers are who they say they are we have to balance our duty to protect the security of their accounts.

"If a customer rings up with their banking credentials they should be able to pass security with no problems.

"Santander works closely with LGBT+ colleagues and charities to identify the barriers that are in place to access our services.

"We want all of our customers to be treated equally and fairly."