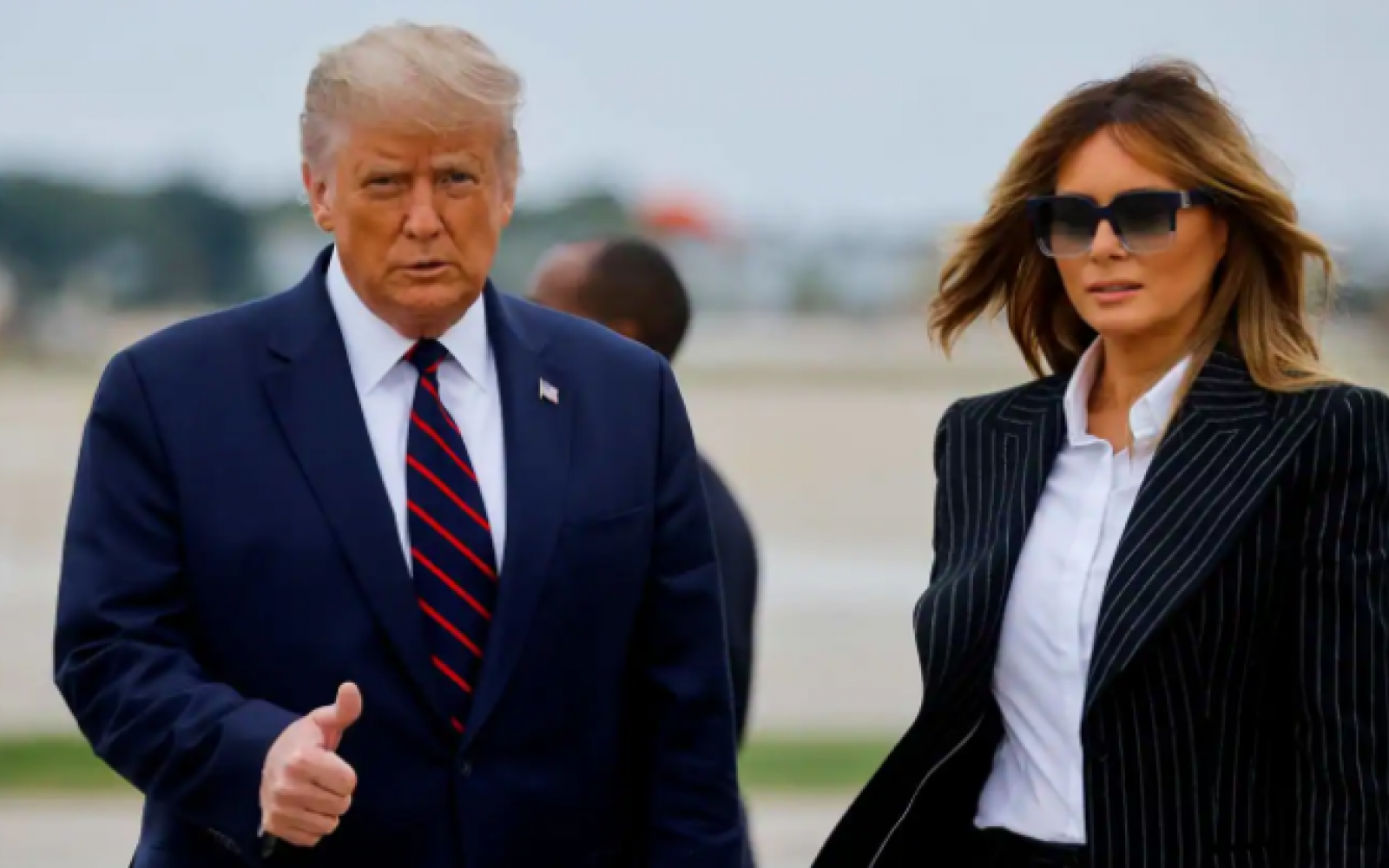 "Tonight, @FLOTUS and I tested positive for COVID-19. We will begin our quarantine and recovery process immediately. We will get through this TOGETHER!" he tweeted.

Trump's doctor, Sean Conley, said "the President and First Lady are both well at this time, and they plan to remain at home within the White House during their convalescence."

"The White House medical team and I will maintain a vigilant watch, and I appreciate the support provided by some of our country’s greatest medical professionals and institutions. Rest assured I expect the President to continue carrying out his duties without disruption while recovering, and I will keep you updated on any future developments."

A scheduled rally in Orlando, Florida, was canceled.

Hope Hicks, one of the president’s closest senior advisers, tested positive for the virus on Thursday, making her the highest-profile member of the administration to contract the virus who is in frequent contact with Trump and other top officials.

Trump, 74, told Fox News host Sean Hannity on Thursday after Hicks’ positive test that he and the first lady, 50, were tested after Hicks tested positive and later tweeted they were starting the “quarantine process.”

The president has held campaign rallies around the country for months, many of which are outdoors but some have been indoors. The most recent one was Wednesday night in Minnesota and he also traveled to New Jersey on Thursday for a fundraiser.

Hicks along with several top White House and campaign advisers traveled with the president to Cleveland for Tuesday’s debate against Democratic nominee Joe Biden.

The president has drawn sharp criticism for his handling of the pandemic and downplaying its threat.

Also, his administration has sowed confusion over wearing a mask to slow the spread of Covid-19 and public health experts have said this mixed messaging hampered the country's response to the coronavirus pandemic and even led to preventable deaths.

After months of public criticism, the president tweeted a photo of himself wearing a mask, writing in July, “many people say that it is Patriotic to wear a face mask when you can’t socially distance.” Then in August, Trump urged Americans to cover their faces in public as a “patriotic” thing to do.

The president has insisted he “didn't lie" to the American public about the severity of coronavirus, despite having told veteran journalist Bob Woodward in March that he'd been intentionally downplaying the virus's potential impact.

"What I said is we have to be calm. We can't be panicked," Trump told reporters in September after being pressed on his coronavirus response.

U.S. health officials continue to monitor for coronavirus cases in the United States. As of Oct. 1, more than 7 million cases have been confirmed in the U.S., based on NBC News' count. There have been more than 205,000 deaths.