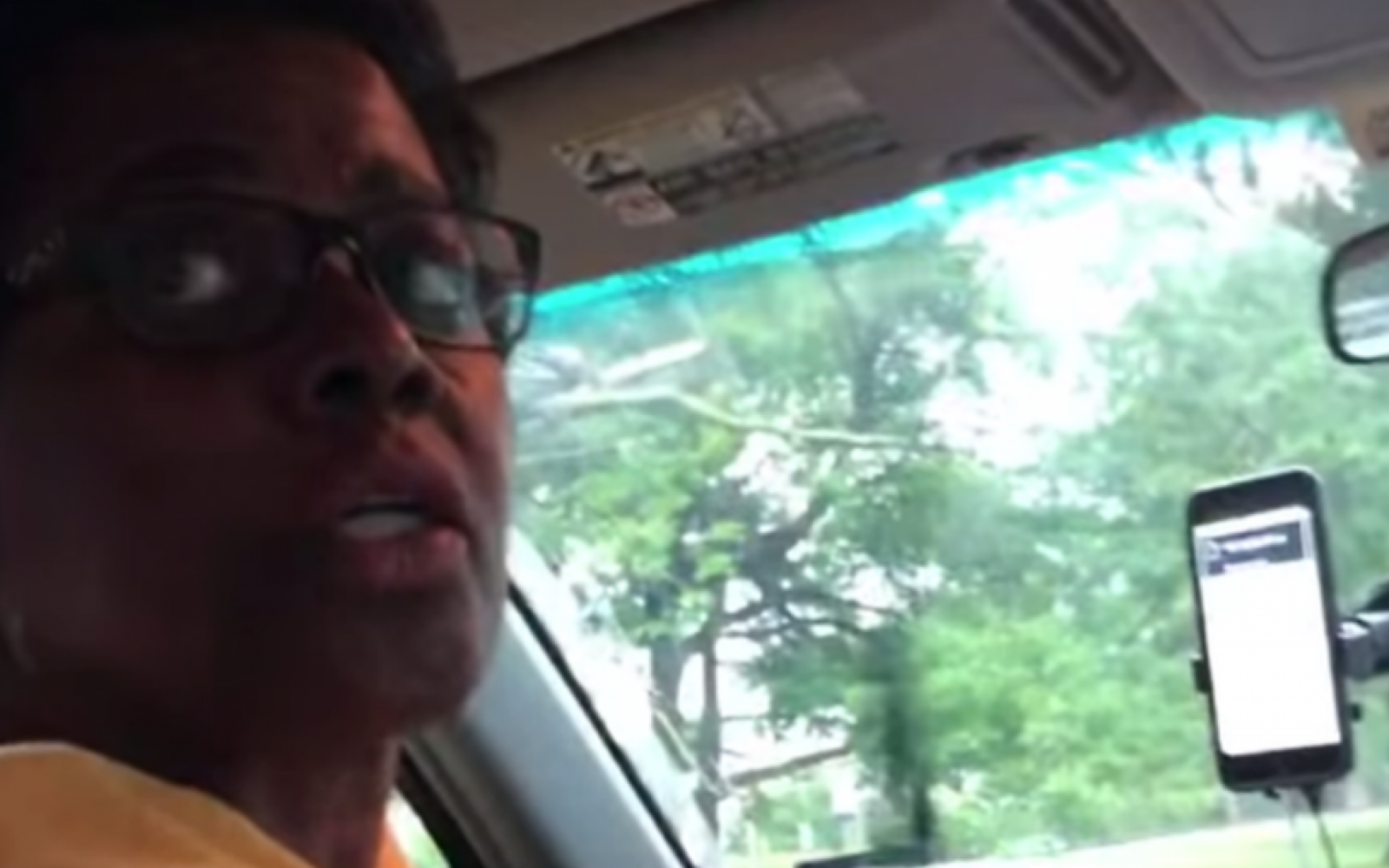 Uber has removed from its app a driver who kicked two Camden County women out of her vehicle after they kissed.

One of the women recorded the incident and had posted it on her personal Facebook page in a post that went viral, and said the driver told them to get out of her car because their lifestyle violated her beliefs.

The transportation company on Sunday confirmed that it no longer works with the unidentified driver.

“Uber does not tolerate discrimination in any form and we have been in contact with this rider,” spokesman Grant Klinzman said. "We removed the driver’s access to the app as soon as we were made aware of this incident.”

Kristin Michele and Jenn Mangan were in an Uber on their way to a Zac Brown Band concert in Camden on Friday night when Michele leaned over and gave Mangan a kiss on the cheek, the couple said. It was after that, they said, that the driver pulled over and demanded they get out.

In an interview, Michele said she was happy about Uber’s quick response to her complaint and the decision to fire the driver.

“I think everyone is free to their own personal opinions, however, if you are working for a company you must abide by their terms and policy,” she said, noting Uber’s anti-discrimination rules. “She should not be doing a job if she cannot abide by the policies.”

When Michele asks in the video if the woman’s kicking them out because they’re gay, she responds “Yes, I am. Yes. Get out."

The driver said she was a Christian woman and “didn’t believe in that,” said Michele, who began recording after that. The driver later argues she can reject any ride she wants to.

Michele said after they were forced out of the car, she and Mangan walked half a mile home and took a train to the concert.

After she had been recorded, the driver told Michele “you just want to get on TV,” but she refutes that.

“We just wanted to get to the concert,” she said.