Video: Guy Says He's Still Straight Even Though He Gets Head From Guys and Smashes A Few 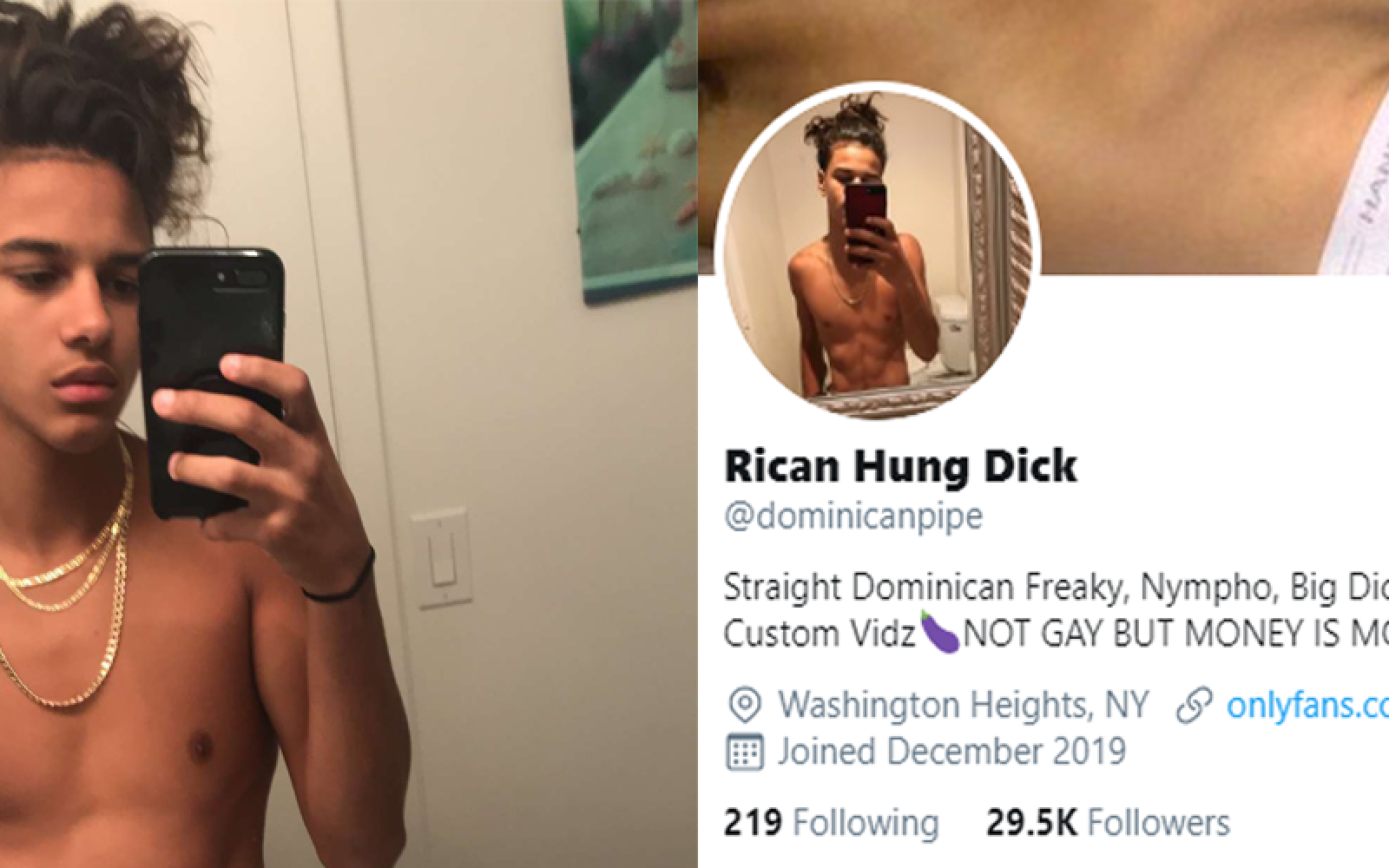 This is why labels belong on road signs, food, meds and not people.  Popular Twitter user Rican Hung D*ck wants to set the record straight and let everyone know that he is not a catfish, and he's still straight despite having videos of guys giving him head and taking his d*ck.

He instantly received backlash after posting videos of himself in various adult acts with guys and links to his onlyfans account.  Some thought he was a catfish, others thought they had been led astray because they assumed he was straight.  Many of his female fans unfollowed.

We aren't here to rain on anyone's parade so if thats how he feels more power to him. 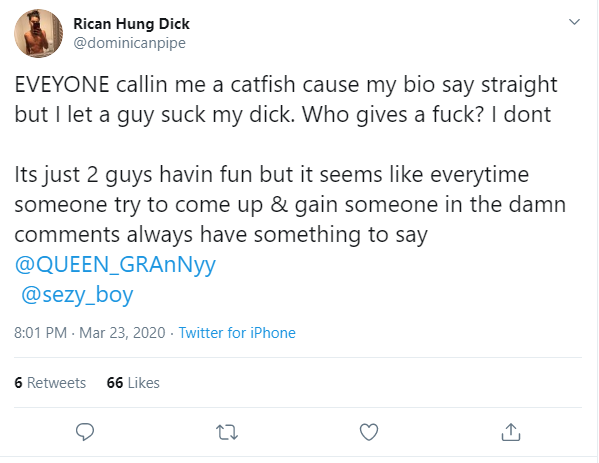 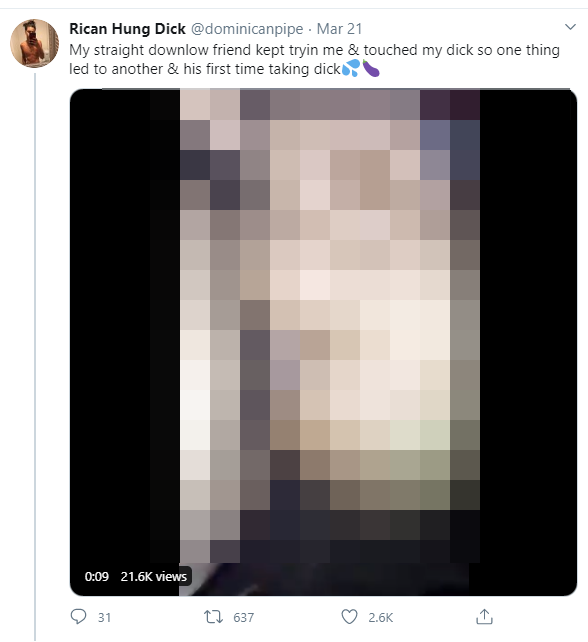