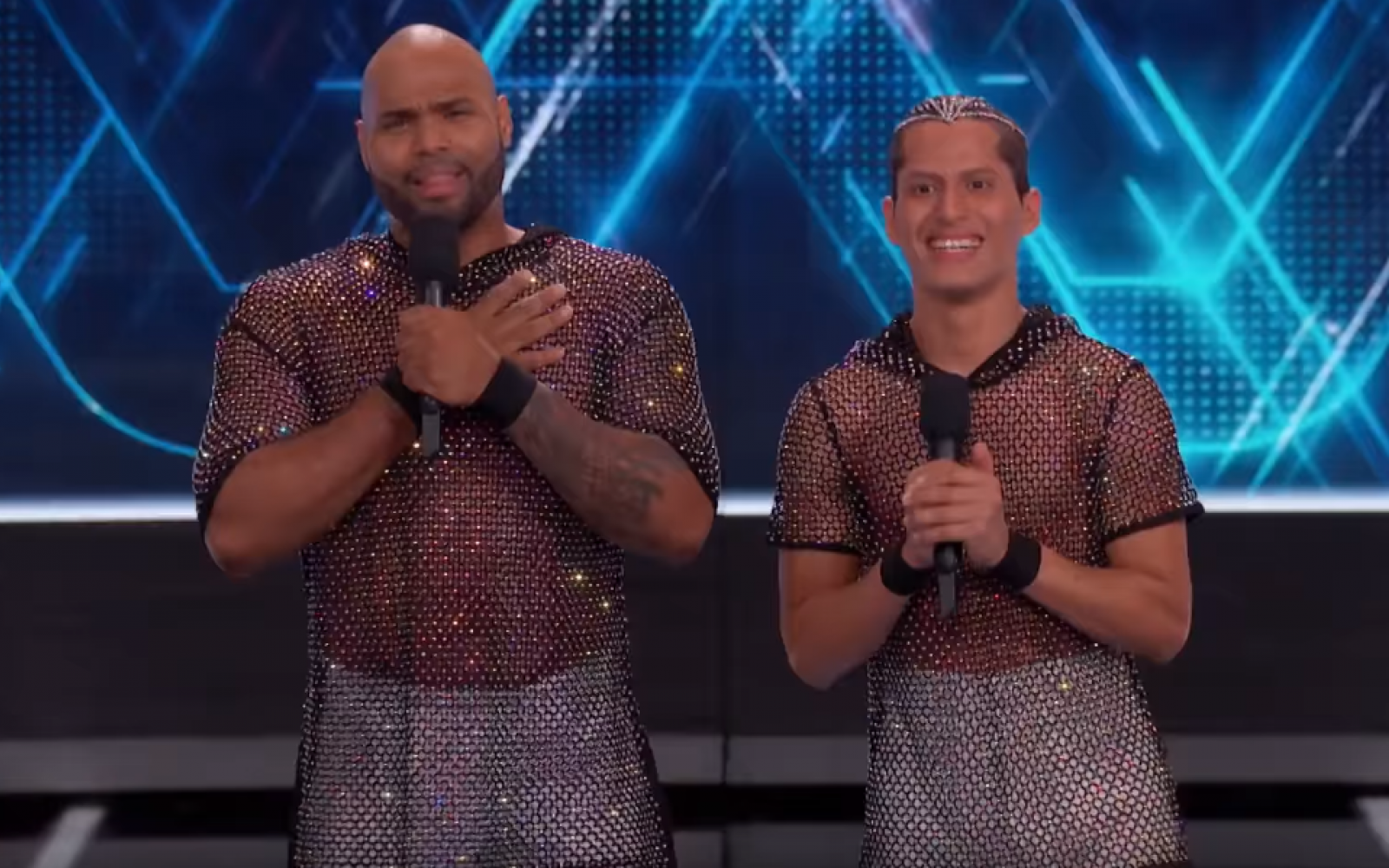 The third season of the World Of Dance competition kicked off on Tuesday the past Tuesday, and professional partners Jonathan and Jorge were among the acts to wow both the viewers and judges in the qualifiying rounds.

The salsa caberet duo, known professionally as Jonathan y Jorge, impressed judges Jennifer Lopez, Ne-Yo and Derek Hough with a series of incredible aerial acrobatics and spins, all set to the sound of J-Lo's 'El Anillo'.

Proving that two men can have all the salsa-ing sensuality and capacity to lift as a mixed-sex pairing, the performance went down a storm the judges, with J-Lo describing the pair's moves as "outstanding".

Derek Hough, a former Dancing with the Stars pro who won the show a record six times with his celebrity partners, praised Jonathan and Jorge for being trailblazers in the world of dance.

"What's so fantastic - I don't know if people know this - in the dance world we no longer say the 'male part' and the 'female part'", Hough explained. "We say the 'follower' and the 'leader' - for exact reasons like this. Because it doesn't matter."

A "curious" Hough even decided to get in on the action, joining Jorge for an impromptu routine on stage.