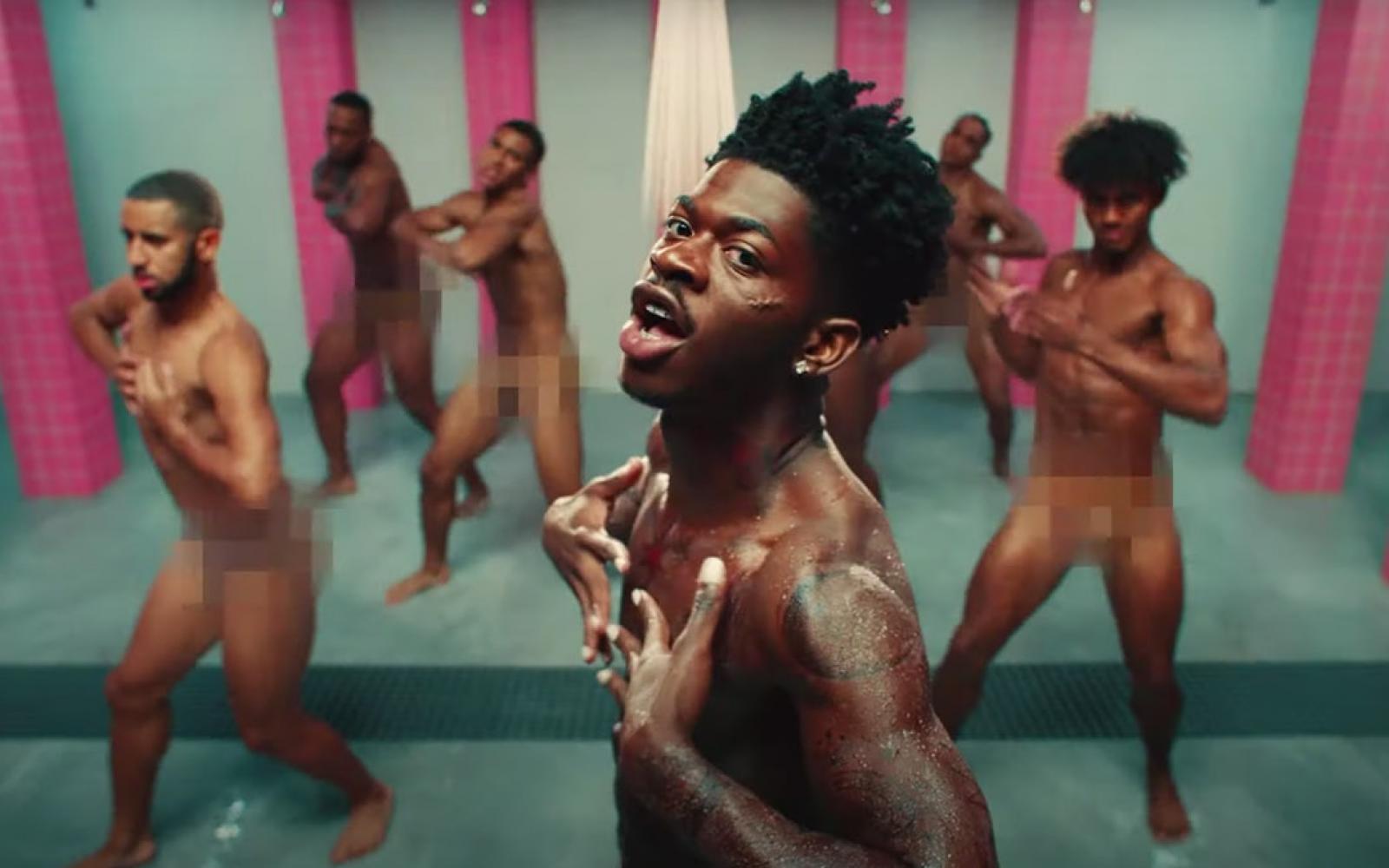 Earlier this week, Lil Nas X tweeted that the video for his new single "Industry Baby" was "NOT FOR YOUR KIDS." And boy, he wasn't kidding. If this is what life in the clinker is like… well, lock us up.

The record-breaking artist first teased the song, produced by Kanye West and Take a Daytrip and guest-starring rapper Jack Harlow, with a two-minute clip of a mock Supreme Court case that spoofed his recent Satan shoes fiasco with Nike and featured him in multiple roles: his attorney, the prosecutor, the judge, a tsk-tsking jury member, and Nas himself, taking the stand to deliver his defense. The trial culminated with him being sentenced to five years in Montero State Prison not for his clash with the sneaker giant, but for being gay.

Now, in the music video, which landed at midnight Friday, Nas returns to troll his doubters and homophobic haters even harder. He spanks and throws cash at his twerking cellmate, claims a pair of lovers for his internment, and — in the most jaw-dropping sequence — dances wet and buck-freaking-nekkid in the jailhouse shower with his fellow nude male prisoners.

"I told you long ago on the road/I got what they waitin' for," he sings, after polishing up his Grammys and smugly straightening his framed platinum record in his cell. "Ion' run from nothin', dawg/Get your soldiers/Just tell 'em I ain't layin' low."

Lil Nas X's previous video for "Montero (Call Me by Your Name)" sparked the ire of religious conservatives and homophobes alike, depicting the performer pole-dancing straight to hell to give the devil a lap dance before killing him, taking his horns, and claiming the throne for himself. After the fallout, he was quick to respond to his dissenters on social media, often in playful and sharp-tongued ways.

"At first I was really afraid of alienating any of my straight fans," he previously told EW. "But then it was kind of like, if they feel offended, they were never really here for me. They were here for whatever version of myself they made up in their head."