We Have To Stop Shaming Men Who Date Trans Women 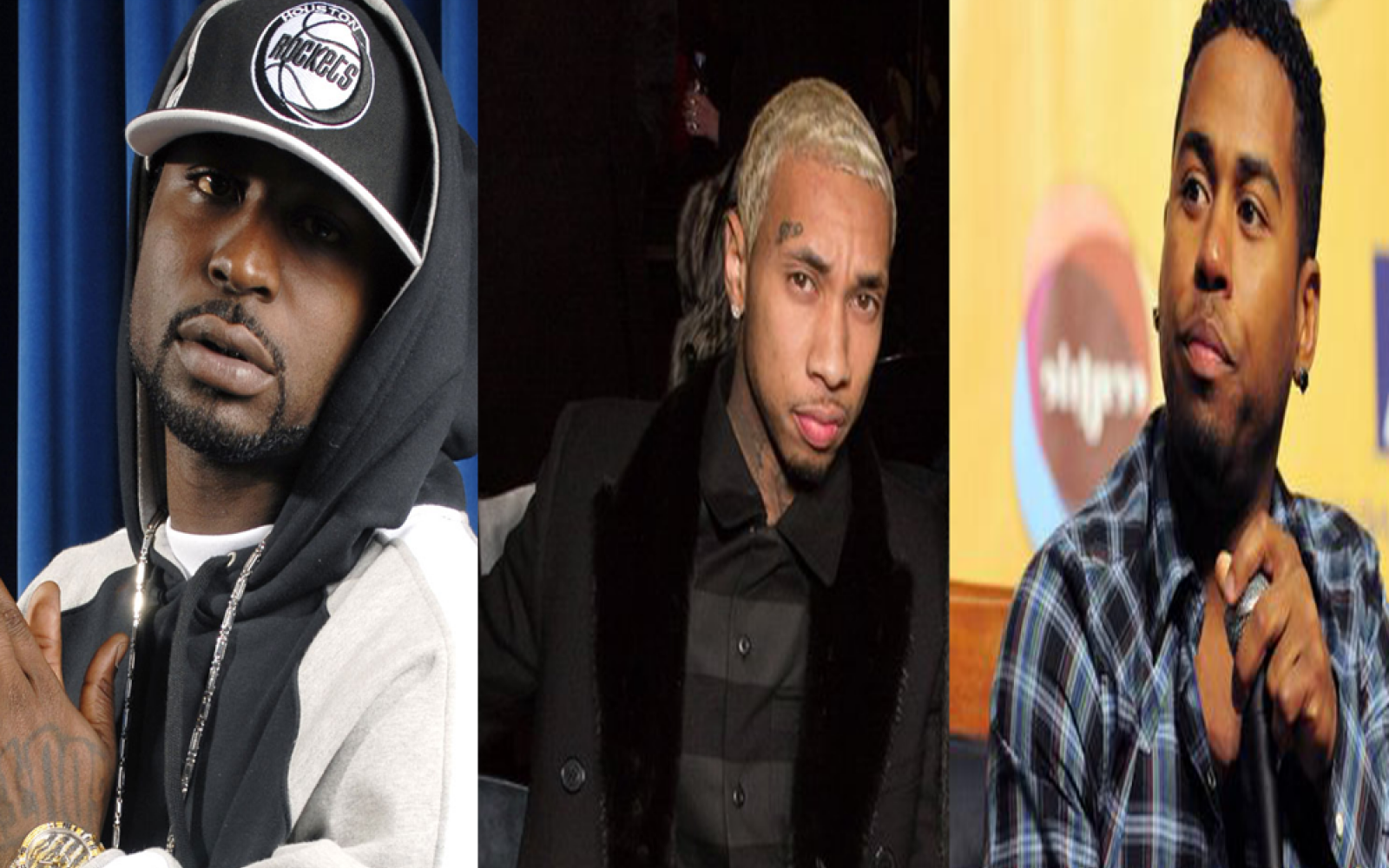 With the recent outing of Young Buck,Tyga and Bobby Valentino there is still a stigma about men who date trans women.  These stigmas have repercussions that extend well beyond shock gossip and site views and often lead to violence against trans women and the men who love them. Transgender writer and activist Janet Mock blasted critics who shame men for dating transgender women in a piece on her blog "Trans women are women,"   In the piece she wrote a scating rewiew  about the "scandal" surrounding  popular hip-hop DJ Mister Cee, who acknowledged receiving oral sex from a transgender woman and retracted his resignation from Hot 97 back in 2013.  Though  she wrote this piece almost 4 years ago, it still rings true today.

The comments and conversations surrounding hip-hop DJ Mister Cee’s sex scandal-turned-resignation has been appalling, and has led me to this essay, which isn’t about him soliciting sex from someone he perceived as a trans woman. The Mister Cee "scandal" sheds light on society's ignorance, similarly exhibited when Chris Brown, Chingy and Chad"Ochocinco" Johnson took photos with trans women; similarly exhibited when folks gender-policed Joseline Hernandez to the point where she Tweeted a nude photo to prove her cis-ness; similarly exhibited when Eddie Murphy, LL Cool J and a list of other powerful men were accused of being"caught" seeking trans women.

This anti-trans woman ideology is harmful, misogynistic and pervasive and travels way beyond the comments section of gossip blogs, and as Sylvia Rivera once said, "I will no longer put up with this ."

The shame that society attaches to these men, specifically attacking their sexuality and shaming their attraction, directly affects trans women. It affects the way we look at ourselves. It amplifies our body-image issues, our self-esteem, our sense of possibility, of daring for greatness, of aiming for something or somewhere greater. If a young trans woman believes that the only way she can share intimate space with a man is through secret hookups, bootycalls or transaction, she will be led to engage in risky sexual behaviors that make her more vulnerable to criminalization, disease and violence; she will be led to coddle a man who takes out his frustrations about his sexuality on her with his fists; she will be led to question whether she's worthy enough to protect herself with a condom when a man tells her he loves her; she will be led to believe that she is not worthy of being seen, that being seen heightens her risk of violence therefore she must hide who she is at all costs in order to survive.

Thomas Matt, a cis man wrote about the critism he's faced loving a transwoman in a piece titled "Stop Shaming Partners of Trans People" and what needs to be done to end the stigma.

Partners of trans folk — especially heterosexual cisgender male partners of trans women — need to start coming out and stop treating their partners as a source of shame. We need to start having discussions about the problems within our community, such as the “chaser” culture in which men fetishize and objectify trans women. We have the power to tell society that it is OK to love trans women. Simply by coming out, we could greatly reduce the amount of violence against trans women. We should be on the front lines with the trans women who we are attracted to in their struggle for liberation.

This issue is different from a homosexual person fearing to come out. Two homosexual partners are on an equal playing field regarding their oppression for their sexuality and gender expression. However, in this case, one partner has a lot more privilege than the other. Cisgender male partners of trans women, while oppressed and stigmatized, maintain far more privilege than their trans partners. When we refuse to come out we are essentially saying that maintaining our privileged position by keeping our attraction a secret is more important to us than the happiness, dignity, and safety of our partners.

Why is this message coming from a cisgender man and not a trans woman? Well, the simple fact is that it has been coming from trans women for decades now, but trans women — especially trans women of color — do not have a platform from which to speak. They repeatedly have their voices drown out and covered up by the rest of society. The LGB movement has buried the voices of trans folk under mountains of corporatized parades and cries for marriage “equality” of which trans women are never included. This all happens simultaneously with the systematic erasure from history of the fact that trans women of color started many of these movements, including the Stonewall Rebellion which was led by Sylvia Rivera, Marsha P. Jones, and Miss Major.

Without a platform from which to spread their urgent message, trans women literally have to steal the platform to be heard. On June 24, in order to inform the country of the rampant abuse and torture of trans and queer immigrants in detention centers, Jennicet Gutiérrez was forced to interrupt President Obama’s Pride speech. Without possessing the luxury to protest in a polite manner, the trans community must take any and all opportunities to be heard.

As a cisgender man who is attracted to and dates trans women, I face an incredible amount of stigma and even outright oppression. But if my community is oppressed simply for associating with trans women, what does that say about how oppressed and marginalized their community is? I am speaking about this problem because I have the privilege of being heard, listened to and taken seriously. But I am also using this opportunity to tell everyone that we need to do a better job of listening to trans women and paying attention to the struggles their community is going through. The ongoing gendercide of trans people and the rampant theft of trans women’s right to love should keep us awake at night. This message should not have to come from a cisgender partner when trans people are saying it every day.