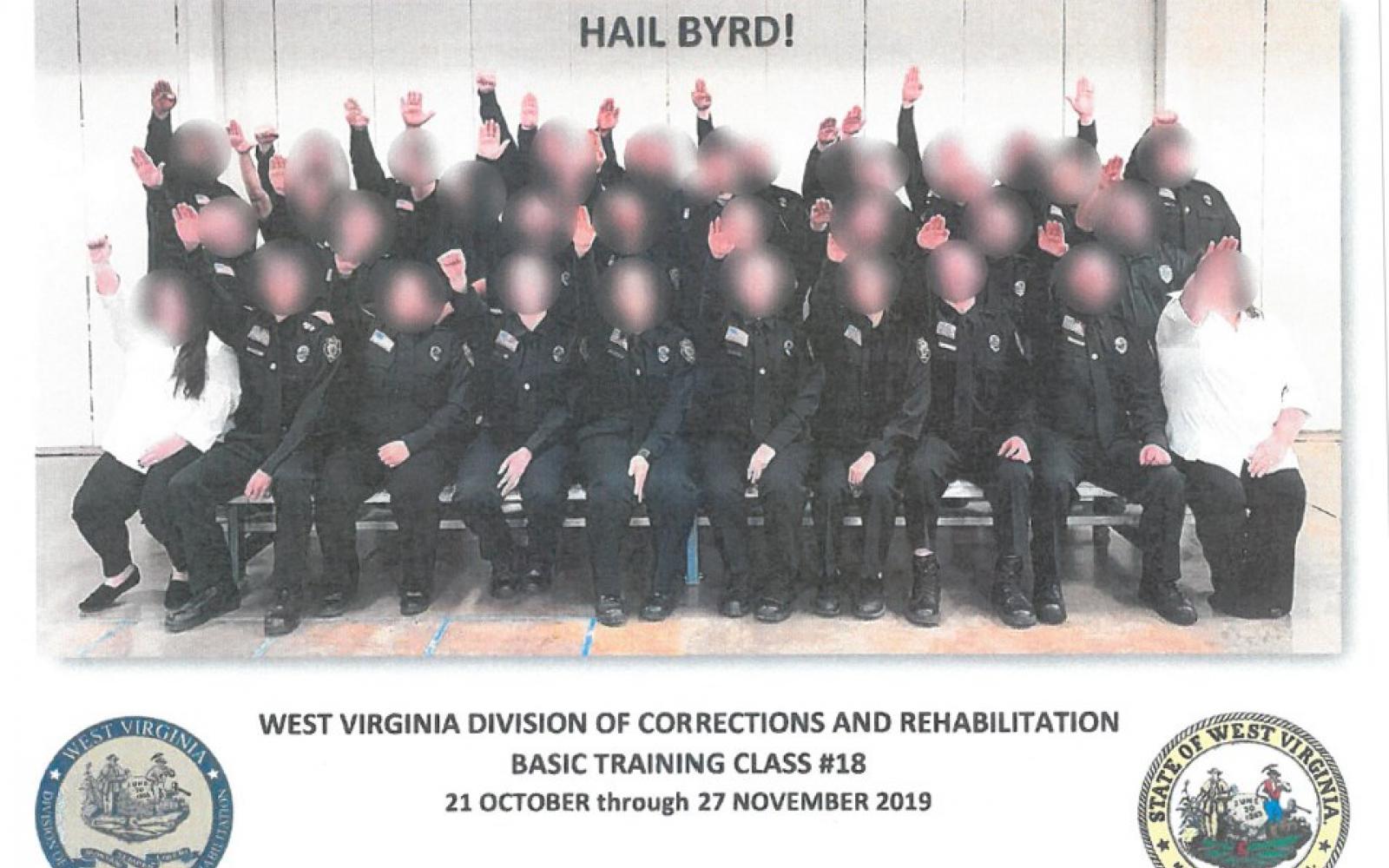 Officials are investigating a group of West Virginia corrections trainees who were photographed seemingly making a Nazi salute in their uniforms.

A blurred copy of the photo was provided to NBC News by the state's Department of Military Affairs and Public Safety on Thursday. The group, Basic Training Class 18, appeared to be graduating based on dates in the picture's caption.

They're seen making the salute under a sign that reads "Hail Byrd." News of the photo was first reported by NBC affiliate WSAZ.

West Virginia Gov. Jim Justice said in a statement that he ordered the termination of any state employees to be found involved in the photo.

"This will not be tolerated on my watch — within the Division of Corrections and Rehabilitation — or within any agency of state government," Justice said.

Jeff Sandy, secretary of the West Virginia Dept. of Military Affairs and Public Safety, said in a memo to employees Wednesday that he condemned the photo "in the strongest possible terms."

“It is distasteful, hurtful, disturbing, highly insensitive and completely inappropriate," Sandy said."It undermines the high standards that have been set for our Division of Corrections and Rehabilitation."

A number of employees have been suspended amid the official investigation, according to the memo. The photo has also been taken out of circulation to "keep its harm from spreading."

Sandy also said that the department has spoken to faith and community leaders to ask for helping in addressing the incident, including additional training programs.