What? Teen Says He's In A Relationship With Man Who Adopted Him At 16 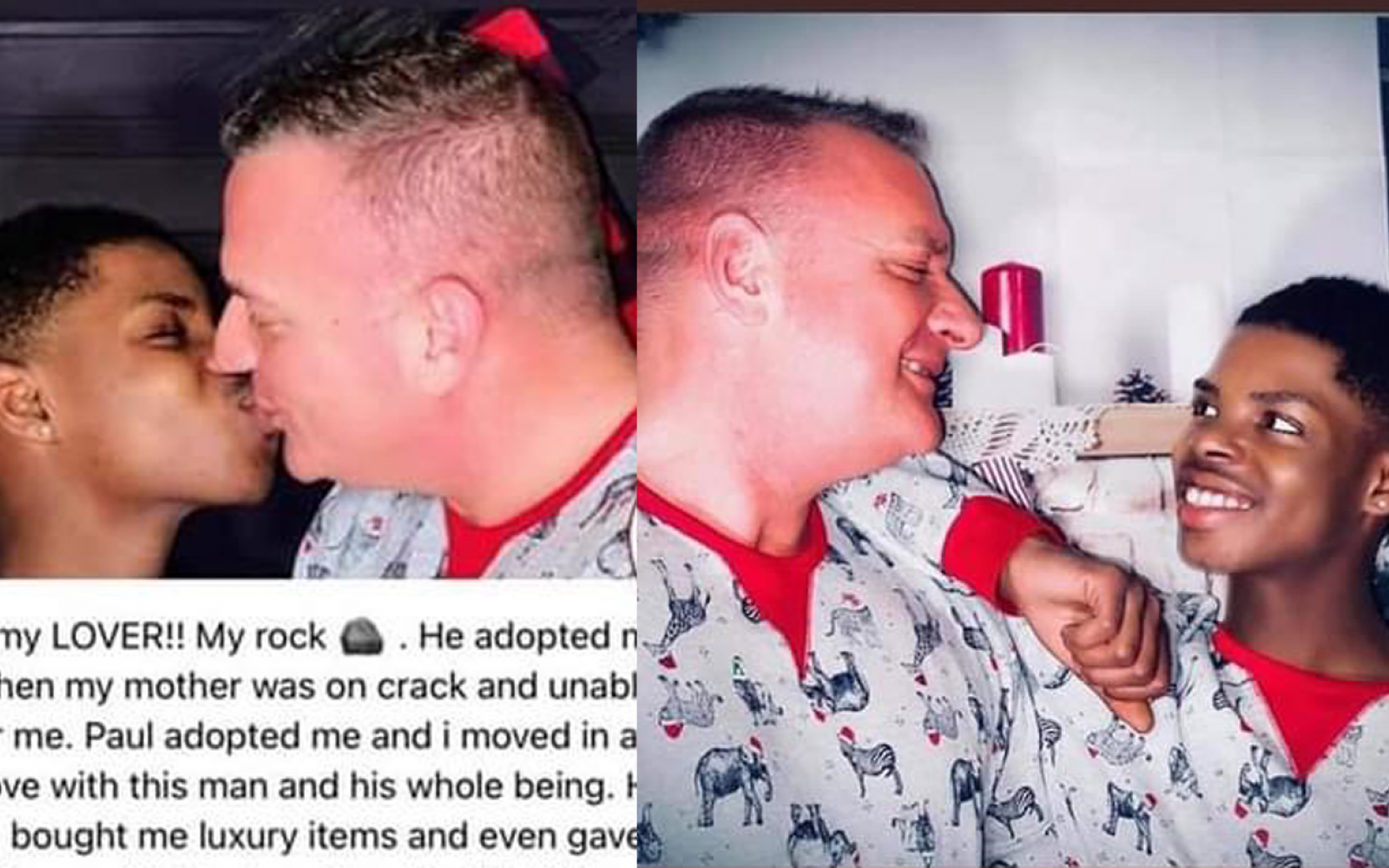 What in the groomed by a predator is this?  While its not uncommon for adopted kids and parents to fall in love, its usually not in a romantic way.  The internet is outraged after a young man posted to his social media saying that his adopted dad was now his lover.  He writes:

"This is my LOVER!! My Rock.  He adopted me at 16 when my mother was on crack and unable to care for me.  Paul adopted me and i moved in and fell in love with this man and his whole being.  He fed me, brought me luxury items and even gave me a car.  After we first had sex i had to think if i wanted to publicly announce our relationship or keep it a secret (i was 17).  We travel, we fight, we f*ck, we love, we bicker!! His friend wants me to find him a boy who looks like me."

This sounds like a human trafficking story waiting to happen.  We still haven't identified the young man yet.  Wonder what CPS has to say about this. 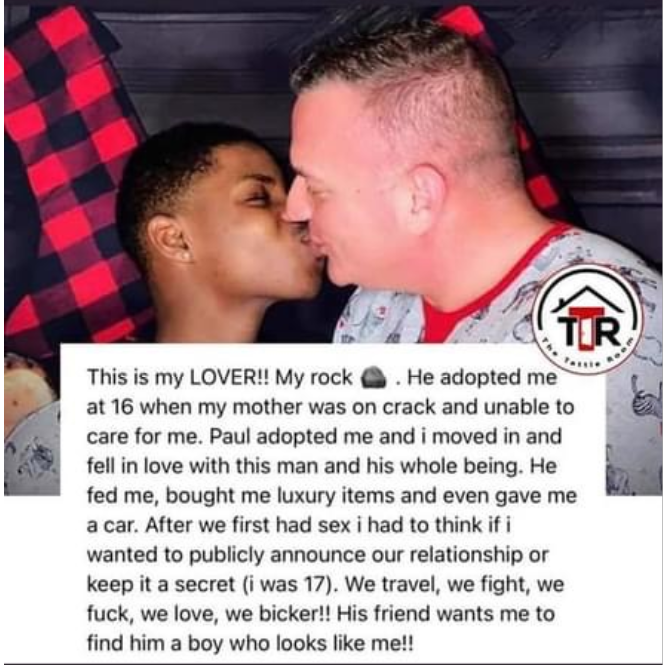 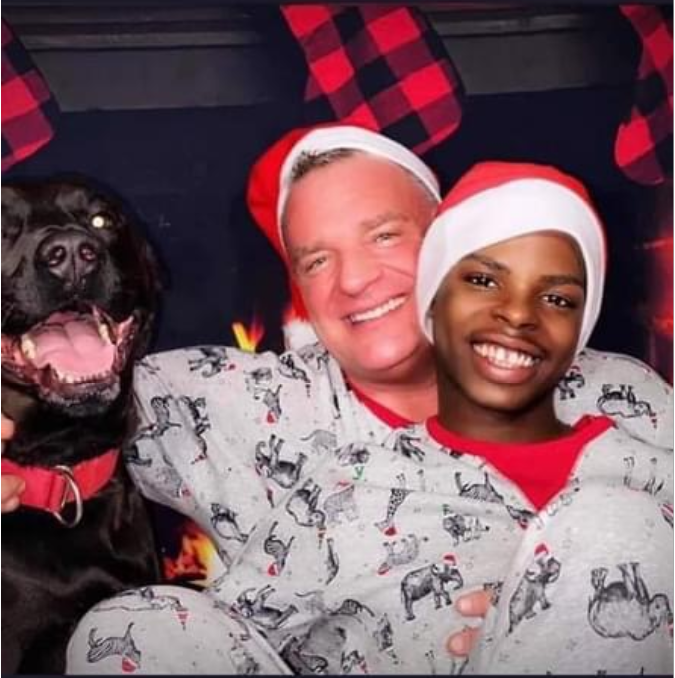 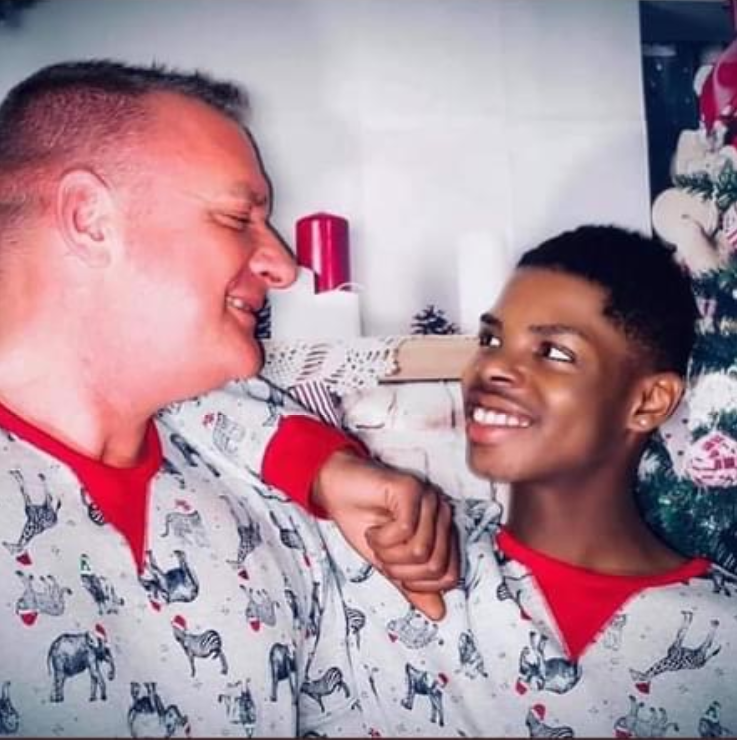 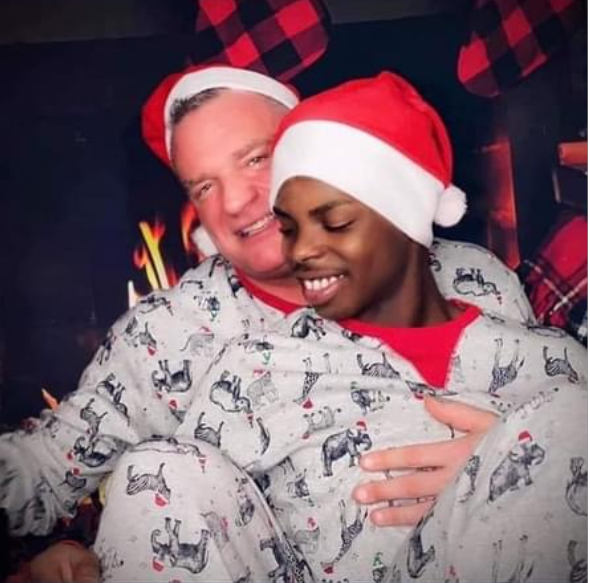