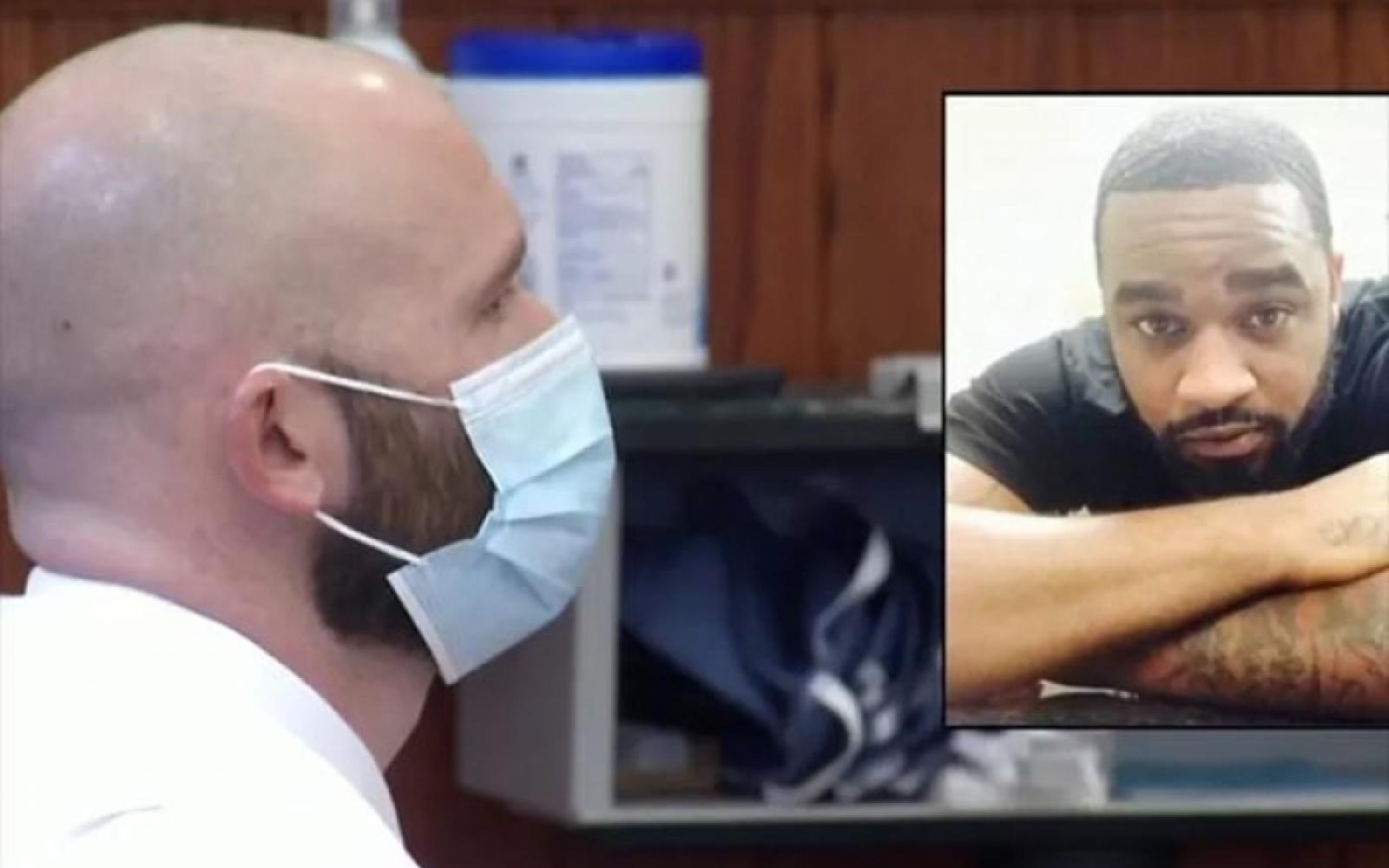 Gardner Fraser, who had pleaded no contest to tampering with evidence in connection with the Febuary 2018 death of Dominic “DJ” Broadus II, was sentenced Monday to one year in the Baker County jail and four years of probation.

Fraser claimed self-defense in the fatal shooting and was only charged with deleting communications on his phone after the shooting -- a felony.

Family and friends of Broadus claim there has been a miscarriage of justice, in part because Fraser is the son of a former Baker County Sheriff’s Office deputy, but Judge James Colaw said it appeared the Sheriff’s Office quickly realized the possible conflict of interest and turned the case over to 4th Circuit State Attorney Melissa Nelson for investigation and prosecution.

Colaw said he gave the maximum possible sentence for the charge because Fraser did tamper with evidence that would have helped explain how and why Broadus was killed that day that might have lessened the stress and frustration of the victim’s family.

Prosecutors told the judge that after shooting Broadus, Fraser first called his cousin who lives nearby and found Broadus face up with no phone in sight, but they say there was evidence Broadus did have his phone. They said it was his cousin is who told Fraser to call his father, a former deputy, who then told him to call 911.

“There was a struggle and it appears that it was a complete surprise that Mr. Broadus was there,” defense attorney James Sawyer said.

The state argues there was a sexual relationship between the two and Fraser got rid of the phone because he wanted to hide the relationship.

“This defendant took the actions to get rid of that phone,” Assistant State Attorney Mark Caliel said. “Where it is, we don’t know your honor. To this day only one person knows where DJ Broadus’ phone is, that’s Garner Fraser.”

The defense said there wasn’t a relationship and that Fraser has a right not to want certain information released.

In a two-hour sentencing hearing, several of Broadus’ family members, including his father, mother and 13-year-old son, were visibly grieving as they delivered victim impact statements.

“(I) keep asking why this man murdered my dad? I still haven’t got answers,” Dominic Broadus read from his grandson’s statement when the boy became too emotional to continue.

Then Dominic Broadus gave his own impact statement about his son’s death.

“Not happy with everything they’ve done,” he said. “Not happy with the laws of the state of Florida. Like I said, the evidence is there ... clearly shows this was murder, and probably even call it premeditated.”

“The intent was to silence him, first physically and then, by any means necessary,” said Broadus’ mother, Del Swain. “And destroy the evidence that would let the world know exactly what it transpired. The attempt to cover the secret that DJ and his cell phone held did not work.”

A spokesman for the 4th Judicial Circuit, which took over the investigation, said there was no evidence to sustain any other charges against Fraser:

“We have conducted an extensive investigation into the death of Dominic Broadus, Jr. and declined to bring charges against Gardener Fraser for the shooting of Broadus. This investigation has determined that Broadus showed up to Fraser’s private residence – an isolated property in the middle of a rural area -- unannounced and uninvited. Fraser asserted that Broadus attacked him on the doorstep of his home. The investigation has not generated evidence to disprove Fraser’s claim of self-defense. The evidence in this case, Fraser’s unwavering claims of self-defense, and Florida law do not provide support for homicide charges. We are ethically prohibited from instituting criminal charges that we cannot prove beyond a reasonable doubt in a court of law.”

David Chapman, communications director, State Attorney's Office
Fraser’s defense attorney told the judge Monday this incident was also traumatizing for Fraser, who was taken into custody immediately after the sentence was announced.

Since Broadus’ death, many in the community have rallied around the family agree that there appears to be bias in Baker County.

“It’s brought light on to what everyone already knows: The prejudice is here. The racism, that’s here. The favoritism, that’s here,” said Anita “Baker” McGoogin, who co-organized protests supporting the Broadus family. “And just this case alone, tampering with evidence when he was blatantly executed on their property.”

The investigation began February 3, 2018, when Fraser called 911 to say a man attacked him in his home in a rural area of Baker County and he shot him several times.

When asked if he knew the man, Fraser said, “Ahh, I believe I do,” though investigators would find out later, the two were in a previous intimate relationship.

Broadus’ body was found in the south end of the Fraser home and investigators said it appeared the body was rolled over before law enforcement arrived.

Earlier this month, the Broadus’ family filed a lawsuit against Fraser with the Baker County Clerk of Courts seeking damages in excess of $30,000.