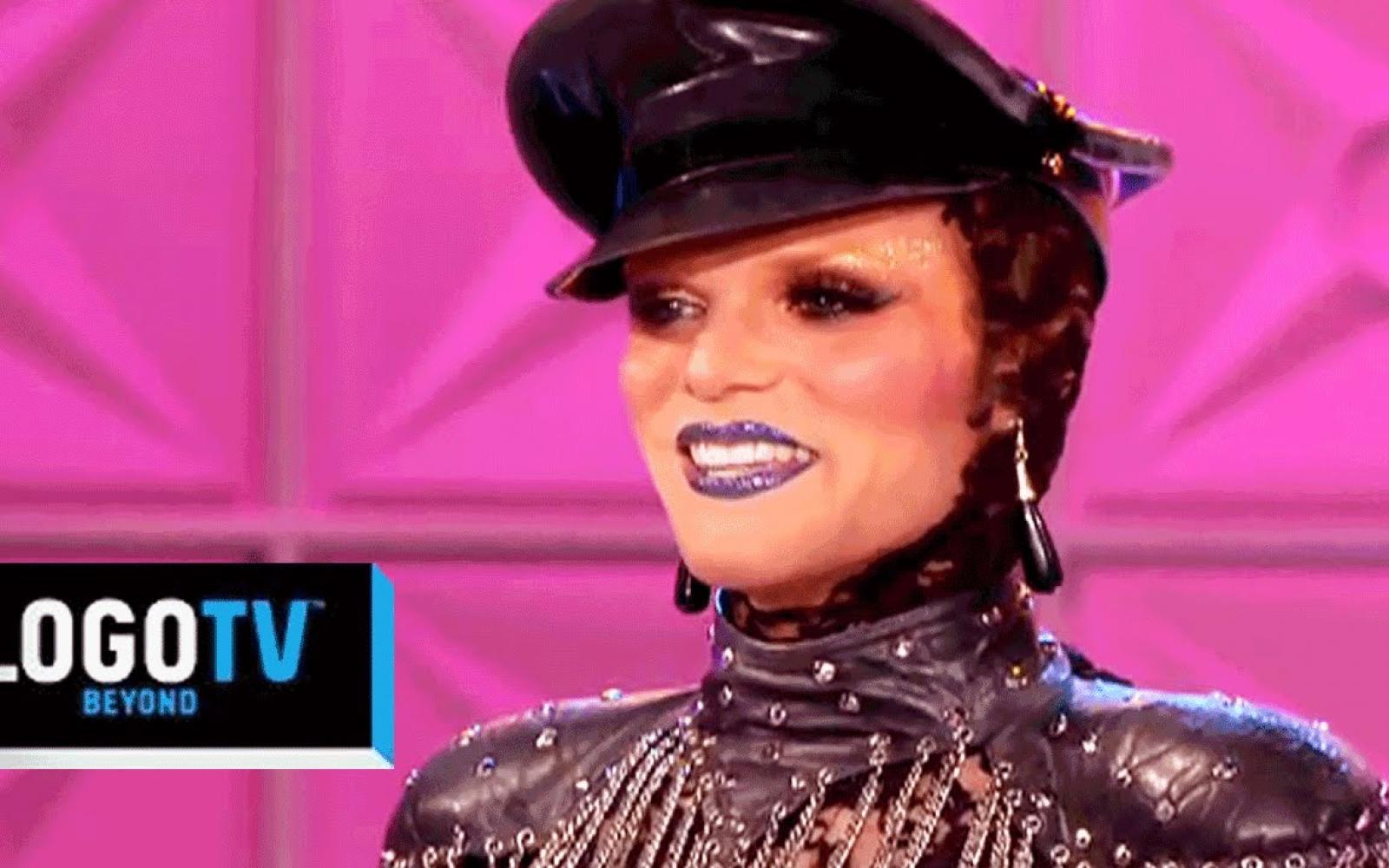 In Season 4 of RuPaul’s Drag Race, Willam became the first and only queen to ever be disqualified. Now, she’s finally revealed what happened. And it’s all thanks to Saturday Night Live cast member Leslie Jones.

It started when Jones tweeted a video of her watching William’s disqualification.

She needed to know what happened.

Luckily, William is clearly a fan of Jones and was willing to spill all because she ‘worships’ the comedian.

And so that is exactly what she did.

Allegedly, when Willam asked if she could have another go at her entrance like Sharon, production ‘pulled me aside after and told me i wasn’t in charge and told me i needed to get outta my head’.

Willam also writes the contestants were instructed not to ‘make eye contact or engage in conversation’ with RuPaul.

Then she tells about a time when a production assistant flirted with her and Kenya and reportedly ‘grabbed’ Willam’s ass.

Then Willam addresses the second episode and her frustrations with the production team.

She explains how they ’emotionally exploited’ Jiggly Caliente on the anniversary of her mom’s passing. She also writes that production never got them things they asked for, and provided money for (like hand sanitizer), so the girls went and got them stuff themselves, though they were supposed to be ‘sequestered’.

The third part continues Willam’s exasperation at the production.

Allegedly, a handler was given $75 to feed 12 men, though they didn’t help provide food for dietary needs. Willam also writes that she, Chad, and Latrice ‘yelled at production for not knowing our names and treating us like shit’.

The fourth and final part details more ways Willam disobeyed the production’s rules, which is the reason RuPaul gave for disqualifying her.

However, Willam also explains even more difficulties with the production, such as not taking safety into consideration with the queens. 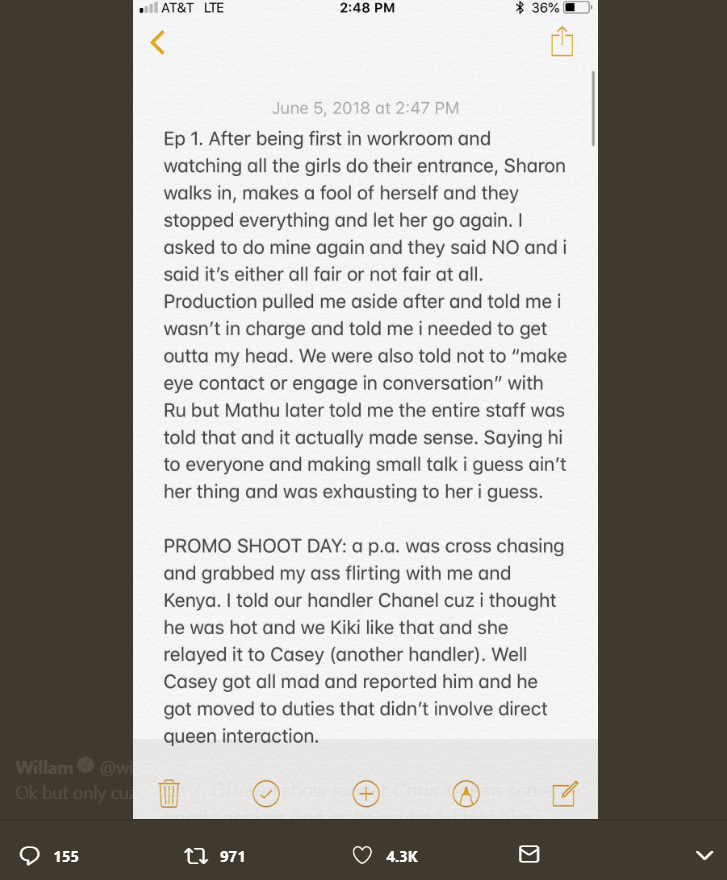 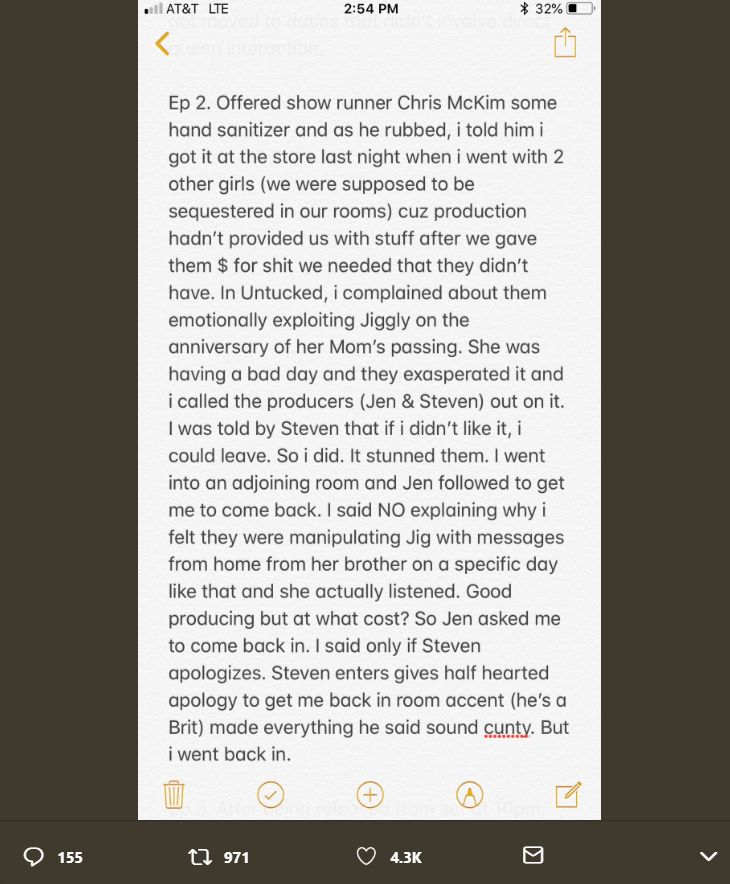 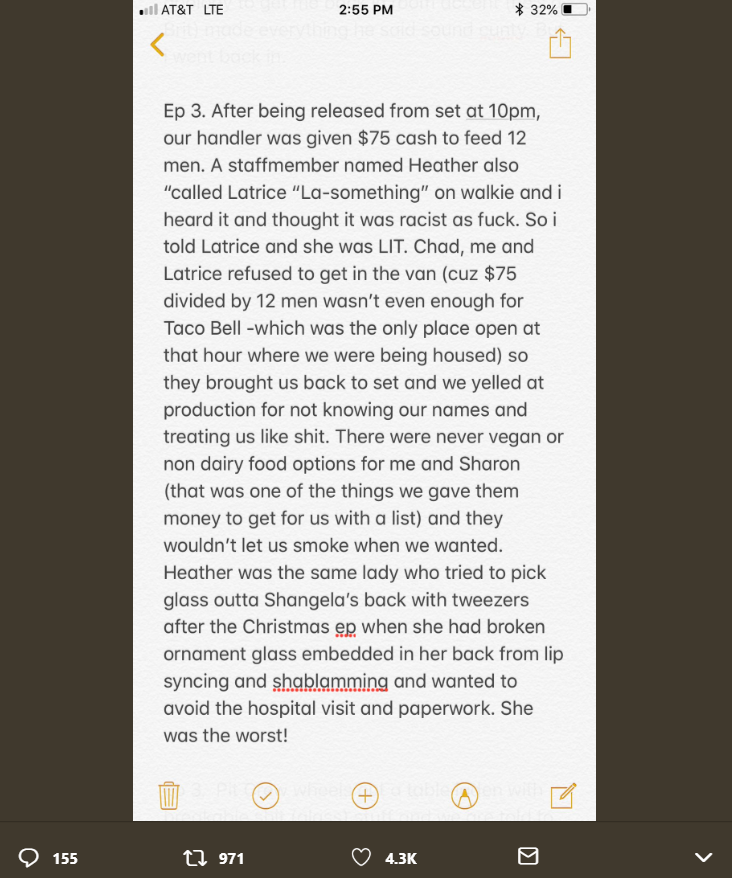 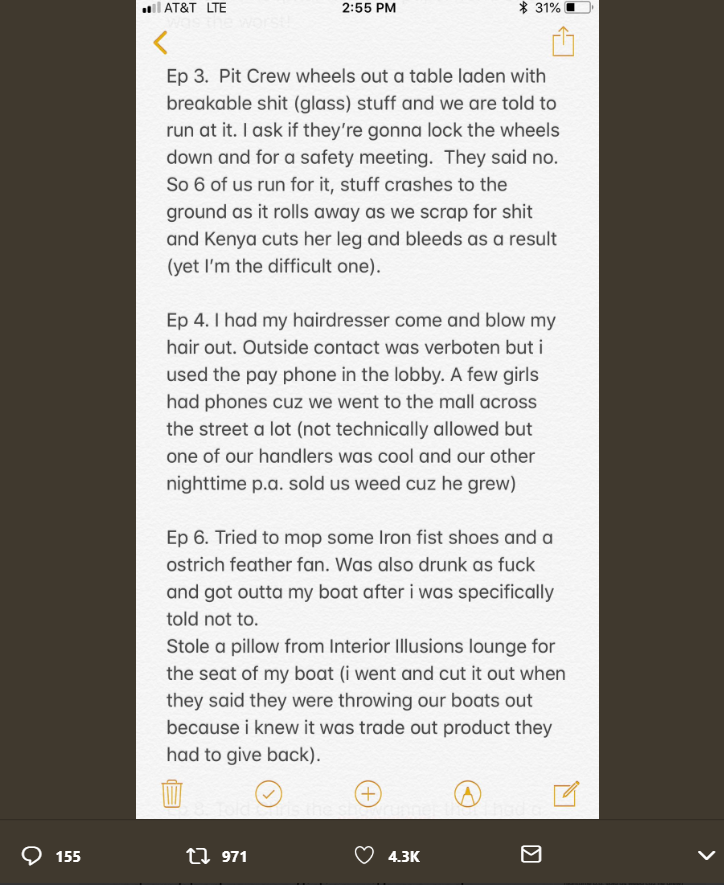 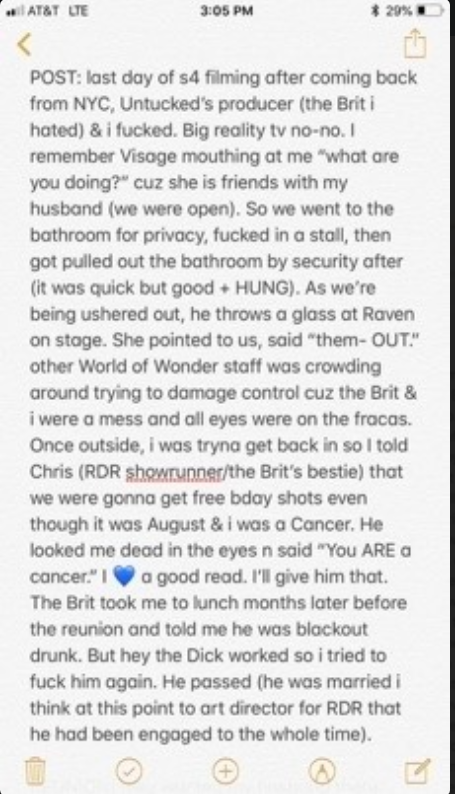