Woman Says Two Men Attacked Her Because She's A Lesbian 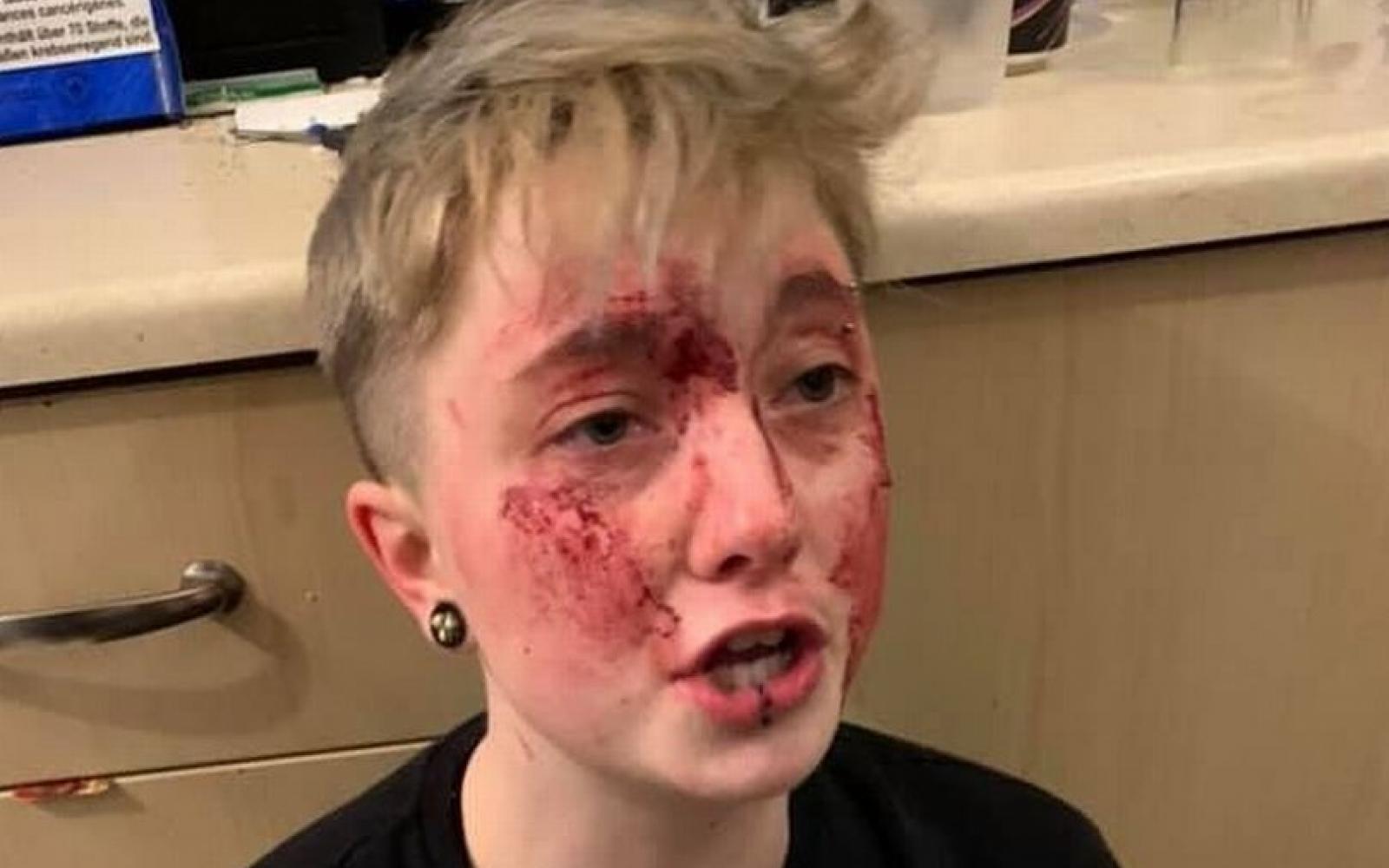 Bloodied and battered, lesbian Charlie Graham has shared pictures of the shocking injuries she suffered in an alleged homophobic attack by two thugs.

Charlie, 20, was punched in the head from behind and then thrown to the ground in the unprovoked attack which happened as she walked to meet a friend.

Now she wants people to see the devastating injuries the thugs caused her – just for being gay.

Detectives have confirmed they are treating the incident, which happened on Blackwood Road in the Town End Farm area of Sunderland at 12.50am on Saturday morning, as a hate crime.

Charlie, who has been left traumatised and suffering headaches following the attack, told Daily Star Online: "I got hit from behind by a fist to the back of my head, then I hit the ground, hurting my legs and face.

"I tried to get back up, but they pushed me back to the ground and the two guys ran off.

"I was left bleeding and scared."

She added: "[It is] very important to me for my pictures to be shared, so people are aware there are people out there that will attack you for what ever reason they feel is necessary – whether that is your sexuality, colour of your skin, the way you walk or how you dress.

"It was very painful and I’m still in a lot of pain now having to take regular pain relief."

It’s the fifth time Charlie has been attacked and she believes she is being targeted for being gay.

She needed stitches after having her eye split open in a previous attack and another time she was left with a black eye.

A stranger shouted “dyke” and then punched her as she walked along the street holding hands with a girlfriend.

Charlie, who has suffered panic attacks since the latest incident, is now too scared to leave her house.

She believes she will be attacked again – but next time it could be much worse.

“It has knocked my confidence back,” said Charlie.

“I don’t go anywhere by myself anymore. I only feel comfortable at my mum’s house.

“I have panic attacks and anxiety attacks just thinking about going home in case they find out where I live and decide to come through the door, or I get attacked in my own home.

“I have had people threatening to come through my door and smash the windows in.”

Sadly, Charlie has now just accepted homophobia as a fact of life.

She said: “I think you should be able to be proud of who you are.