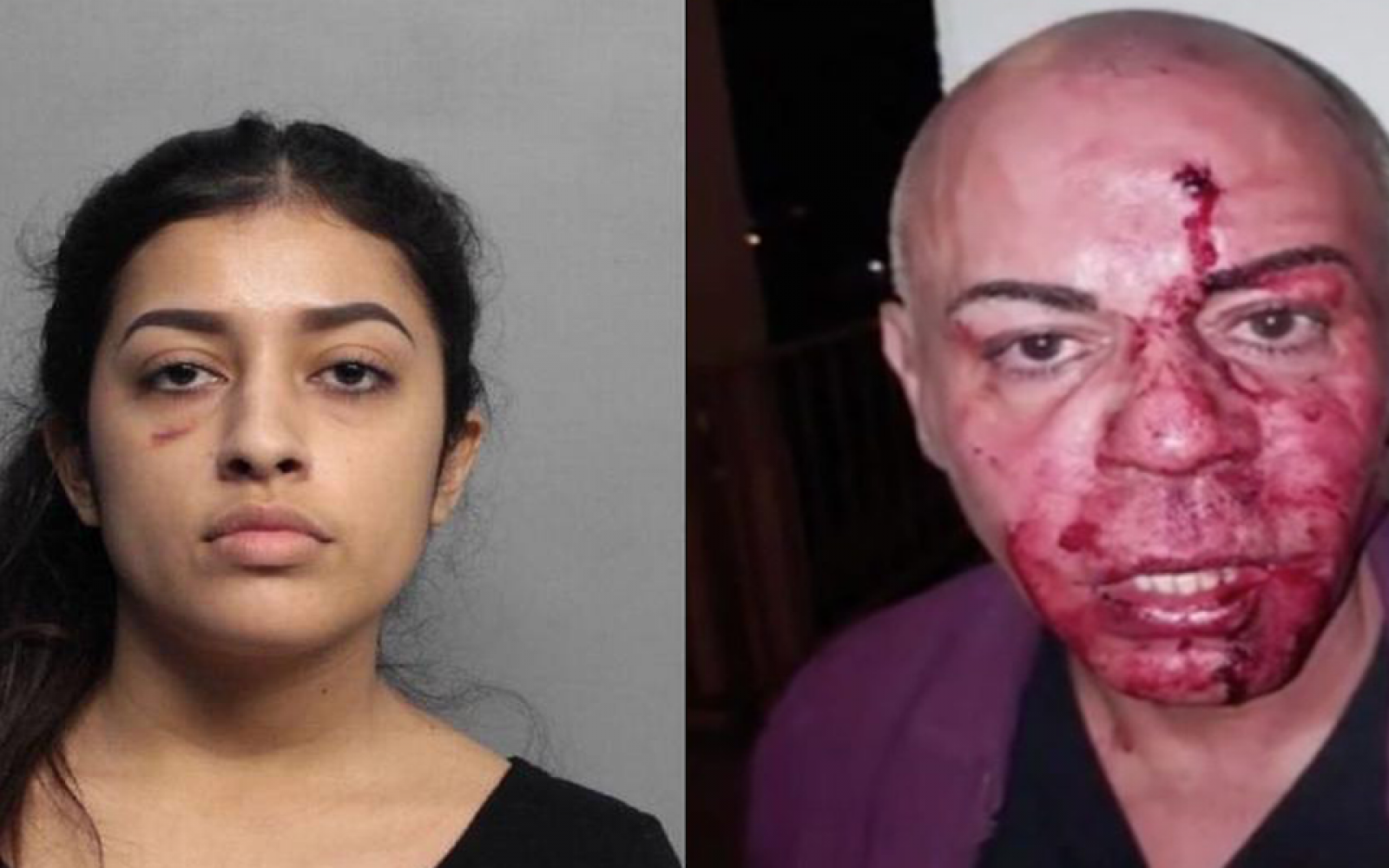 Miami Beach police have arrested a woman who they say beat a fellow passenger inside a shared Lyft vehicle that left the victim with a puncture wound in his forehead via high-heel shoes.

On Thursday, police charged Sherry Shelsey Moody, a 24-year-old makeup artist, with felony battery in the attack on Jose Gonzalez at 4:25 a.m. Jan. 26.

In the arrest affidavit, police say Moody, who lives in Southwest Miami-Dade, was intoxicated and became angry when the unidentified Lyft driver refused to take her through a drive-through for food. When the driver stopped to pick up Gonzalez outside the gay bar Twist in the 1100 block of Washington Avenue in Miami Beach, police say she became infuriated and attacked Gonzalez, yelling “you f------ gays!”

Gonzalez, 54, was kicked, slapped and scratched. One of Moody’s high heels punctured Gonzalez’s head in the center of his face, the report says.

After the incident, the Lyft driver pulled over and removed Moody and another woman from his car and drove Gonzalez to his home in North Miami Beach, where he sought police and medical assistance.

In January, a bloodied Gonzalez gave an interview to WPLG Local 10 and was dumbstruck as to why Moody allegedly went off on him without provocation.

“Why? I cannot understand why. I’m still, like, in shock. I can’t believe it,” he said.

Moody, who surrendered to Miami Beach police at the station Thursday morning, isn’t saying. She refused to give a statement to police. She was taken to Turner Guilford Knight Correctional Center. Bond was set at $5,000.

Miami Beach police spokesman Ernesto Rodriguez said the case has been referred to the Miami-Dade State Attorney’s Office, which can make the determination whether to charge Moody with a hate crime.

Thursday afternoon, State Attorney Katherine Fernandez Rundle’s office said its hate crimes prosecutors will review all of the evidence compiled by the Beach police to see if the specific requirements of Florida’s hate crime law are met. If so, criminal enhancement charges could be added.

“Presently, State Attorney Katherine Fernandez Rundle has been supporting a broadening of Florida’s existing hate crime law to allow more victims a legal opportunity to confront hateful actions. This measure is presently before the Florida Legislature,” the State Attorney’s Office said in its release.

In a statement to the Miami Herald in January, a Lyft spokesman said the company would assist police in their investigation.

“What has been described here is incredibly disturbing and completely against our values as a company. There is no place in the Lyft community for discrimination or violence of any kind. As soon as we were made aware of this incident, we immediately deactivated the individual accused of this behavior.”